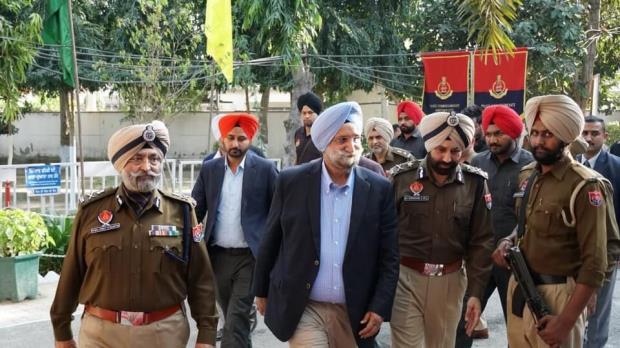 The Deputy Chief Minister S. Sukhjinder Singh Randhawa has taken strong notice of the trend of unauthorized deployment of gunmen on duty from the police battalions/police stations and directed all the Zonal I.G.s/D.I.G.s to conduct personal audit in this regard and submit report by November 25.

Similarly, taking strong note of the police officers and the personnel going out of their jurisdiction sans approval, S. Randhawa has ordered that no police officer and the employee would leave their area of jurisdiction without permission from the supervising officer. The violation of this order would attract strict disciplinary action, said the Deputy Chief Minister.

In a press communiqué issued here today, S. Randhawa said that it has come to his notice that gunmen are deployed in an unauthorized manner from the police battalions/police stations. Describing it as a serious matter, the Deputy Chief Minister said that similarly, the police officers/personnel leave their jurisdictional zones which would not be tolerated as the police is disciplined force leaving such indiscipline simply intolerable.

The Additional Chief Secretary (Home) Anurag Verma has issued written directions with regard to the serious note taken by the Deputy Chief Minister on both the matters. The ACS has written a communication to all the I.G.s/D.I.G.s regarding unauthorized deploying of gunmen from the police stations/battalions and directed them to conduct manpower audit of minimum 2 police stations from amongst the area under their jurisdiction and submit report by November 25 after perusing H.R.M.S. record.

Likewise, the ACS has also written to the DGP, all the Police Commissioners and the SSPs in the matter of not allowing the police officers/personnel to leave without permission their areas of jurisdiction.