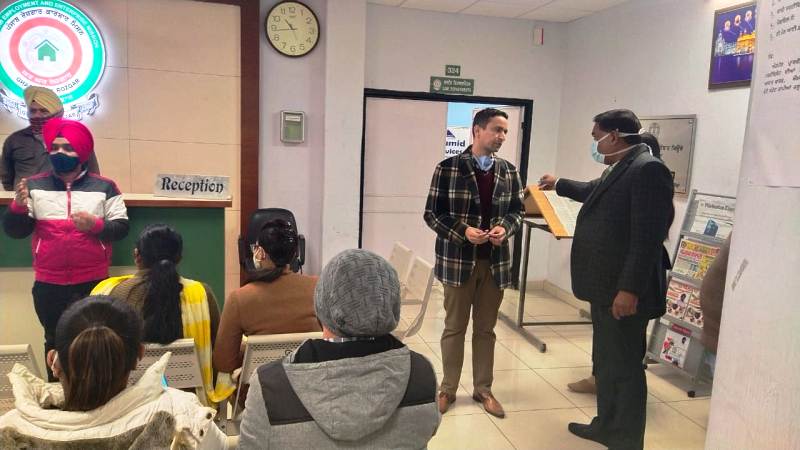 Jalandhar, January 22- Deputy Commissioner (DC) Ghanshyam Thori on Friday said that District Bureau of Employment and Enterprise (DBEE) has been acting as a single roof solution for the job seekers and job givers in the district.

DC accompanied by the Deputy Director of Employment Bureau Jaswant Rai visited the office of bureau at the District Administrative Complex and interacted with the youths during a placement camp.

Terming the bureau as a catalyst for transforming the destiny of the youth from the district, he said that besides providing jobs, it has been helping in making the youth self-reliant by enabling them to open their own business.

Deputy Commissioner said that in today's placement camp, three companies including Relbliss, BSM Associates Pvt. Ltd, Pukhraj Health Care participated. He said 86 youths took part in the camp out of which 53 were selected by companies.

Congratulating the selected candidates, the deputy commissioner termed Chief Minister Captain Amarinder Singh’s ambitious Ghar-Ghar Rojgar Scheme a game-changer, which aimed at eliminating unemployment from the state by opening up avenues of employment for the youth.

He called upon the youth to focus on their goals besides empowering them with skill development training being imparted by the state government.