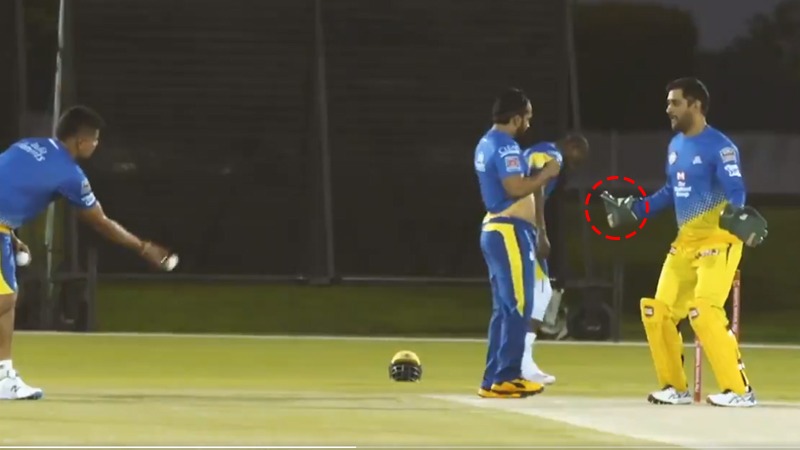 CSK skipper MS Dhoni, also known as Thala, was seen donning wicket-keeping gloves during the practice match. MS Dhoni's return to the cricket pitch is the most anticipated moment in this year's IPL.

The Chennai Super Kings (CSK) team is practicing heavily these days. The 13th season of the Indian Premier League (IPL) is scheduled to begin on 19 September and the first match will be between CSK and defending champion Mumbai Indians. Mahendra Singh Dhoni was seen having a lot of fun during CSK's practice session.

Karna Sharma was throwing the ball towards him and instead of catching it, he was seen hitting the ball with wicketkeeping gloves. You will not stop laughing after watching this video. In this video, you can see how CSK players are busy preparing under the supervision of Stephen Fleming and Mike Hussey. CSK won the 2018 title, while the team was runners-up in 2019. Dhoni has retired from international cricket before the IPL debut, so the fans are very excited about his return to the field. Dhoni has not played any cricket match since July 2019. During the practice match, Dhoni was seen wicketkeeping and batting. Watch full video-

The team has faced many setbacks even before the season has started, with over a dozen members testing positive to Suresh Raina and Harbhajan Singh pulling out of the tournament.

Also Read: AB de Villiers has heaped praise on Virat Kohli, Says easy to follow when you have a captain like him

Murali Vijay, who is likely to fill Suresh Raina's shoes, was seen playing during the practice match. Chennai will begin their IPL campaign vying for a fourth trophy, whereas, defending champions Mumbai Indians will be looking to extend their title-record to five.