According to the reports, Commando actor Vidyut Jammwal and her rumored girlfriend Nandita Mahtani have exchanged rings, picture in front of ‘the epitome of love’ Taj Mahal goes viral. 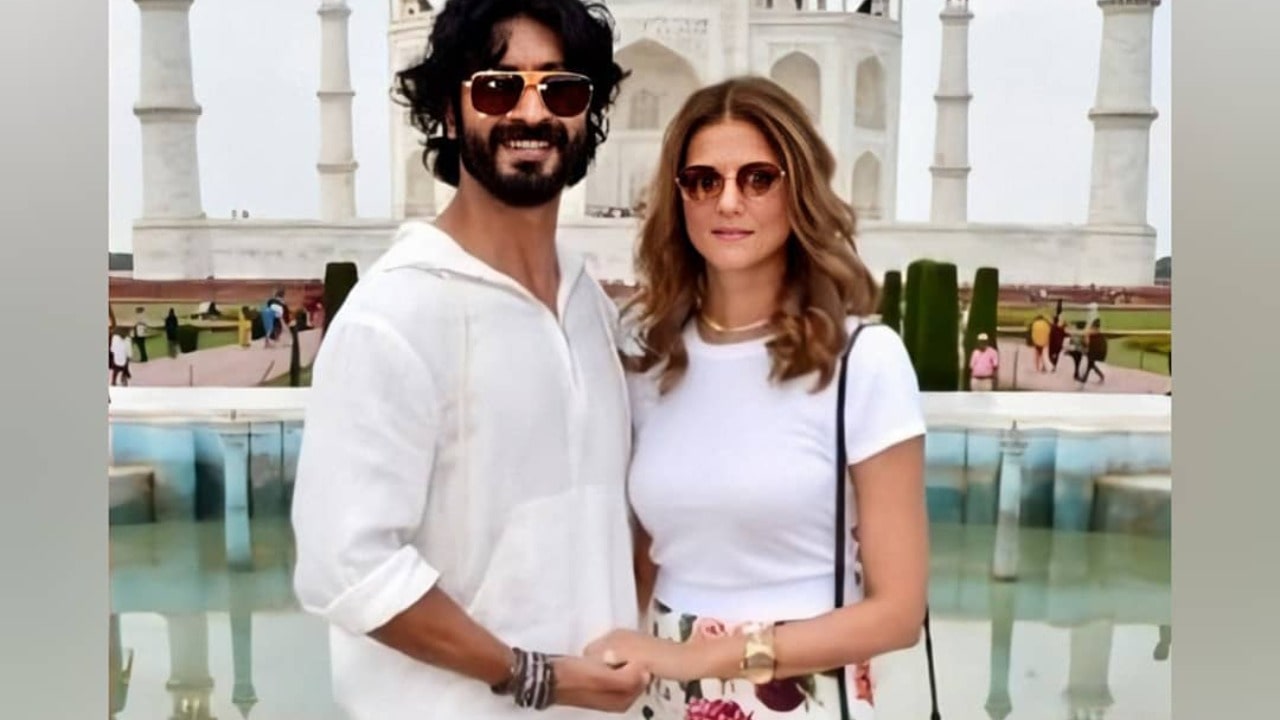 Some of the Bollywood actors keep their personal life low-key and one such actor is Vidyut Jammwal. Everyone is impressed because of his acting, personality, and physique but he has never openly said anything about his personal life.

But today, in the age of social media, nothing gets hidden. News about the engagement of Vidyut Jammwal and designer Nandita is all over the internet. According to the reports, the couple has got engaged with each other. The pictures from the Taj Mahal have also caught attention as in the same, the fashion designer can be seen flaunting a large diamond ring on her ring finger.

Also Read: Kangana: Decision to screen Tamil, Telugu versions of 'Thalaivii' is a ray of hope

In the picture, both are standing in front of the ‘epitome of love’ Taj Mahal. Nandita has been dressed in a white top and floral skirt while Vidyut is all white (white t-shirt with same colored trousers).

Here are the pictures of the newly engaged couple:

Later the news was confirmed by actor Neha Dupia who congratulated the couple and wrote, “Best news ever... Congratulations @mevidyutjamwal @nanditamahtani.”

Many fans and followers poured wishes on the couple and congratulated them, the comment section was filled with heart and love emoticons. One of the fans wrote, “Congratulations couple” while another wrote, “And Finally, the Couple @mevidyutjammwal and @nanditamahtani exchanged rings. A precious moment to Celebrate. Many many congratulations to both of them. I wish you happiness, goodness and success always. So happy for them. I wish you a happy life.” The third one showed happiness and asked, “Is it really true? Are they engaged?”

The couple has not confirmed the news yet but according to TOI, the couple has exchanged the rings two-three days back.

In terms of work, Vidyut is seen in Khuda Hafiz and Commando and recently, he is shooting for Khuda Hafiz 2.