Diljit Dosanjh criticised Kangana for talking without proof and falsely claiming that Shaheen Bagh's Bilkis Dadi was being paid to protest. Both have engaged in a war of words on Twitter. 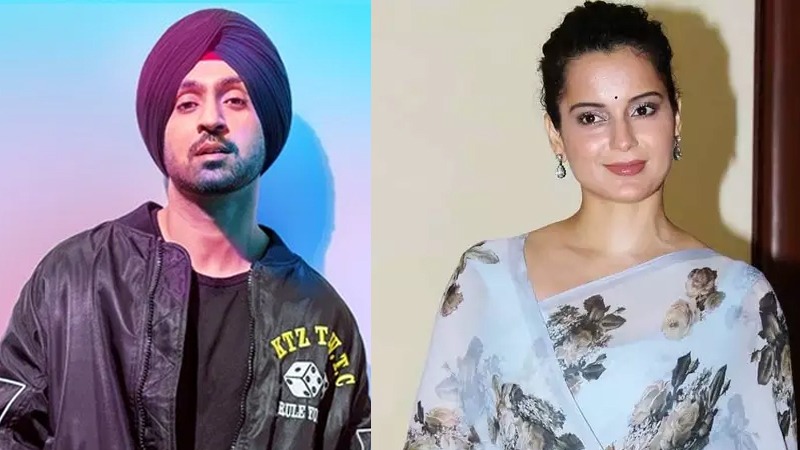 Lending his support to an elderly woman who has been protesting with the farmers, actor and Punjabi singer Diljit Dosanjh recently slammed Kangana Ranaut for her tweet misidentifying an elderly Sikh woman as Bilkis Bano of Shaheen Bagh.

He had shared a video of the elderly lady in question as proof on his Twitter account revealing that she was Mahinder Kaur who has been leading the at the edge of the protests. Kangana wrote that this woman can be hired to make appearances at any protests if paid ‘rs 100’.

Diljit Dosanjh has responded to Kangana's allegations with a tweet in Punjabi alongside the video, "Respected MAHINDRA KAUR JI 🙏🏾 Ah Sunn La Ni With Proof @KanganaTeam. Banda Ena V Ni Anna Hona Chaida. Kush v Boli Turi jandi aa .. (Listen to this with proof @KanganaTeam. A person should not be so blind that you say whatever you feel like)."

Meanwhile, Kangana has deleted her post, she hit out at Diljit’s tweet with a fiery message referring Diljit as Karan Johar’s pet, since the actor had featured in KJo’s production venture ‘Good Newwz’.

Diljit with another tweet responded to Kangana and asked if she is implying that one becomes a sycophant to whoever they work with? He further said that these protesting people are real people who don’t manipulate other people's emotions.

The elderly lady in the video clip can be seen as challenging Kangana to come to visit her farm and see how hard these people work on their land.

Advocate Hakam Singh has registered a legal notice against Kangana for her false claims. He said, “I sent a legal notice for a tweet misidentifying Ms Mohinder Kaur as Bilkis Bano with an insinuation that she (Ms Kaur) was available as a hired protester for Rs 100. The notice gives Ranaut seven days to issue an apology failing which a defamation case will be pursued.” Further adding that Kangana has degraded the image of each person associated with the campaign of the farmers.

Himanshi Khurana, Sargun Mehta, Ammy Virk and Sukhe, Guru Randhawa, Angad Bedi are among the Punjabi celebrities who have also slammed Kangana for her comments extending their support to the farmers' protesting against the government’s new farm bills.

Common people and Diljit fans too have come out in his support. look at few tweets.