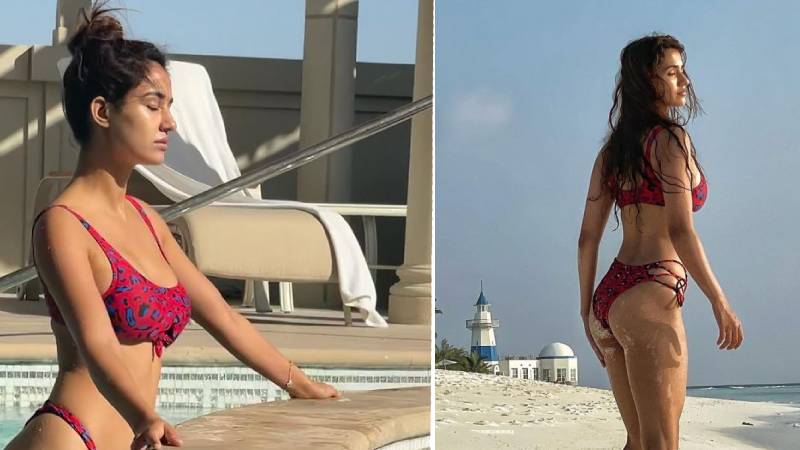 Bollywood actress Disha Patani often considered as the national crush of India, thanks to her super curvy body and her sense of style people of India totally adores the actress. Talking about Disha, she in turn does not let down her fans and the actress keeps on sharing her super hot pictures on her social media. Disha's photo often goes viral on social media. Her photo started getting viral after Disha did a photoshoot in half ethnic and half western look.

Now, Disha has dropped another photo of her, feeling the peace near the swimming pool. Taking to her Instagram handle, Disha shared a photo in which she is seen flaunting her perfectly toned body in a bikini.

Talking about the work front, Disha will be seen in Radhe opposite Salman Khan, Ek Villain 2 and she is also doing a biopic under Ekta Kapoor's production.