Accessing the options window while watching Doctor Strange in the Multiverse of Madness from Marvel Studios, which is currently streaming on Disney+, can let one to see this Easter egg for themselves. 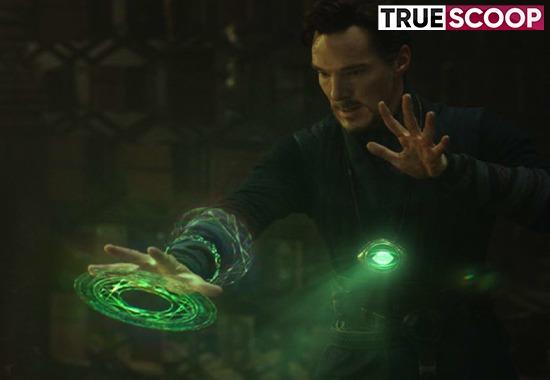 Doctor Strange in the Multiverse of Madness, the most recent box office success from Marvel, is now available on Disney+. Dr Stephen Strange and teen companion America Chavez journey across parallel universes and investigate the Multiverse in the MCU's epic dimensional film. The two become stranded on Earth-838 during their interdimensional adventure.
The Illuminati, a group of superheroes that gather for "meetings of the minds"-style discussions to make decisions that determine the future of their globe, capture Strange and Chavez on Earth-838.
Sir Patrick Stewart, who is well-known for playing Professor X in the 20th Century Fox X-Men films, played the character in Multiverse of Madness.
Now that Marvel Studios is the owner of those X-Men movies and their rights, the stage is set for a resurrected X-Men squad to ultimately appear in the MCU. However, Marvel Studios is gearing up on an animated series that is a continuation of the first X-Men animation from the 1990s, obviously unrelated to that. The movie is named X-Men '97, and it is related to Doctor Strange 2.
Patrick Stewart's Professor Xavier receives his small hoopla when he comes in his hoverchair at the sequence in Doctor Strange in the Multiverse of Madness where the Illuminati members from Earth-838 are revealed. When Charles arrives on screen, the X-Men: The Animated Series theme is played, and, as per the official captions released by Disney+.
X-Men '97, the Marvel Production house revival of the original animated series, is expected to have its theme song played, as can be seen above, by those subtitles.
The first Mutant-led project in the MCU, which is scheduled for release in 2023, has its first officially acknowledged Easter Egg.
To begin with, the captioning might be implying at the very least, suggesting Charles Xavier from Earth-838 is somehow related to Charles Xavier who was featured in the 90s program. However, given that the animated Professor X speaks with an American accent rather than Patrick Stewart's distinctively British accent, this would appear improbable.
Another explanation is that Disney+ felt the need to promote the upcoming X-Men '97, which will of course be available only on the platform.