Doctor G trailer out: Ayushmann Khurrana's another unconventional outing, presents a male's struggle as 'gynae', is a must watch 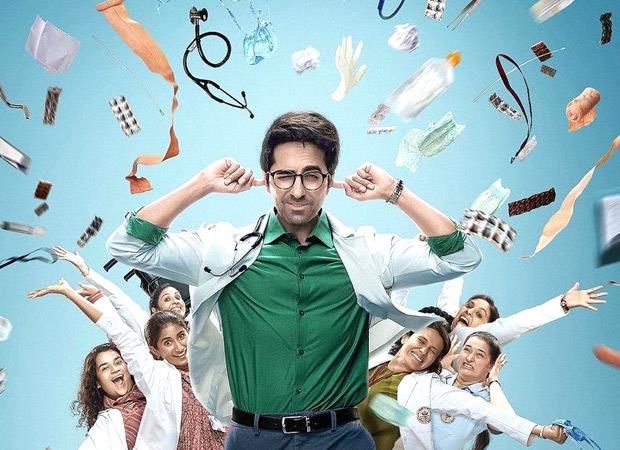 Ayushmann Khurrana, famous for his unconventional and penetrative roles that touch societal issues is back again with yet another comic drama, this time as a Doctor with numerous problems.

The makers dropped the trailer of ‘Doctor G’ earlier today which Ayushmann announced through a tweet from his official handle. Doctor G starring Rakul Preet Singh alongside Ayushmann is a comic drama based on the struggle of the latter as the only aspiring doctor as a gynaecologist in the class.

The movie portrays a perfect scenario of how male continues to struggle in the female-dominated entity/domain of medicine and where women still at large finds it difficult to get comfortable with male doctors.

The film addresses gender stereotypes in his personal and professional life enveloped in comedy and is something that will appeal to young-India.

Ayushmann plays Dr. Uday Gupta in the movie that hovers around the latter’s struggle after getting admitted to a medical college where he finds issues in coping with the environment and desires to switch to Orthology.

Shefali Shah plays his mentor’s role and advises Ayushmann to lose his male touch to gain his patient’s confidence in order to provide them with the best treatment.

Doctor G is an Anubhuti Kashyap directorial and is set to hit the theatres on October 14th. Vineet Jain is producing this campus comedy drama.

Ayushmann Khurrana took to his official Twitter handle to share the trailer of Doctor G and wrote, "Gynaecology department ki har ek naari, padegi #DoctorG pe bhaari! #DoctorG will attend to you in theatres from 14th October 2022 #DoctorGTrailer is out now."

As far as OTT is concerned, Netflix is holding the streaming rights to the movie so as to when will it hit the web space is not known.