Dr. Tommy Korn, an ophthalmologist, recently introduced a new use of the recently announced iPhone 13. 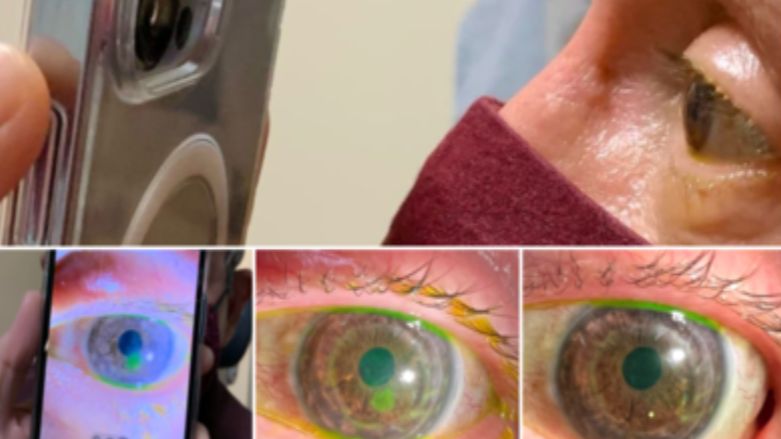 Last month, Apple unveiled the iPhone 13 series, introducing four new smartphones to the company's lineup. Apple included macro photography to the iPhone 13 Pro and iPhone 13 Pro Max, a photography function that has been available on competing Android phones for years. Apple's high-end models are known for their excellent cameras, but now an ophthalmologist is using an iPhone 13 Pro Max to diagnose patients with eye-related diseases.

Dr Tommy Korn, from the Sharp Rees-Stealy Medical Group Inc, shared via his LinkedIn post that he’s been using the iPhone 13 Pro Max camera for capturing detailed images of the eyes that allow him to observe and record crucial details about eye health.

“This week Macro Eye is using the iPhone 13 Pro Max for photos. Impressed. Will bring innovation in patient eye care and telemedicine. Next to see where it goes… photos are to fix the friction that resolves in the cornea transplant. The photo was allowed to be used,”the doctor explained in the post. “PS: This” Pro Camera “also includes a telephone app!” He added jokingly.

One of the major upgrades in the camera system was the inclusion of a new ‘Macro’ mode on the new ultra-wide camera that as per Apple’s claims can capture sharp, detailed images of smaller subjects with a minimum focus distance of two centimetres.

What’s fascinating is that the lens wasn’t added specifically for macro shots. It was actually something the upgraded lens, with its larger f/1.8 aperture and 120-degree field of view, were capable of doing in the first place.