The makers of Dolo-650 have been accused of indulging in “unethical" practices and distributing freebies worth Rs. 1,000 crores to doctors. 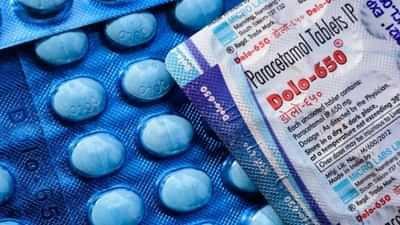 During the course of the search operations, it has been found that Micro Labs started a special practice of giving freebies to doctors to increase their earnings. The makers of Dolo-650 have been accused of indulging in “unethical" practices and distributing freebies worth Rs. 1,000 crores to doctors and medical professionals to promote the company’s products.
The Income Tax Department has said that the Dolo-650 maker took the path of 'Unethical Practice' (immoral act or behaviour) to increase its business and distributed gifts worth Rs. When doctors will get gifts of so many rupees, expensive gifts, then it is obvious that they will write Dolo-650 only. The same thing happened with Prime Labs. Keep in mind that Dolo-650 is not an expensive medicine, it is neither an expensive antibiotic nor a simple fever medicine. But a fever medicine has become so amazing that it has earned crores.
The success story of Micro Labs, the company that made the Dolo-650, started appearing in newspapers and online media. The matter gradually came to the notice of the Income Tax Department and today a new angle of Rs 1,000 crore has been detected. There has been a raid on the office of this Bangalore-based company, due to which many things have come to the fore.
Also Read: NPPA fixed retail prices of 84 medicines, Know what is NPPA? Impact on Consumers and more
The raid took place on July 6, and since then this company and Dolo Tablets have been in the headlines. The raids were also not simple, but 36 locations spread across 9 states of the country were raided simultaneously. And this shocking information has come out of this.
Along with making medicines, this company does the business of marketing medicines and active pharmaceutical ingredients. Its business is spread over 50 countries of the world. During the raids, apart from paper evidence, the Income Tax Department also got digital data.
The Income Tax Department says that preliminary evidence has revealed that the company has spent money on giving gifts to medical professionals under the head 'Sales and Promotion'. These freebies include travel expenses, gifts etc.
These freebies were given to doctors for promotion and propaganda, seminars and symposiums, and medical advisories so that the company's product could be promoted. The Income Tax Department's investigation has revealed that Micro Labs resorted to 'immoral behaviour' and increased its business.