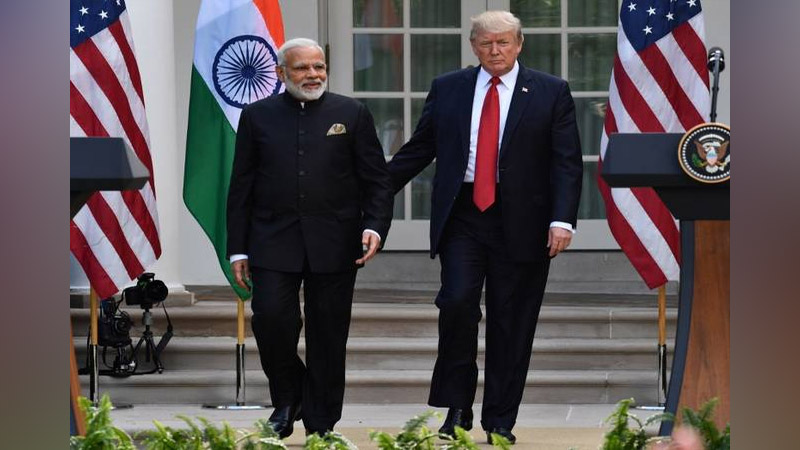 The ministry's comments came shortly after the White House announced that the US president and First Lady Melania Trump will visit India from February 24 to 25. Last year, India had invited Trump to attend the Republic Day parade as the chief guest, however, the US President could not come due to scheduling issues.

Prime Minister Narendra Modi, during his visit to the US in September last year, had reminded Trump of his invitation to him to visit India along with his family.

The Ministry of External Affairs said, "The visit will provide an opportunity for the two leaders to review progress in bilateral ties and further strengthen our strategic partnership."

It said Trump and the First Lady will attend official engagements in the national capital and Ahmedabad, and interact with a cross-section of Indian society. It is worth mentioning, that Trump's visit would bring and finalise more trade deals.

The MEA said the global strategic partnership between India and the US is based on "trust, shared values, mutual respect and understanding", and marked by warmth and friendship between the peoples of the two countries.

"The relationship has further evolved under the leadership of Prime Minister Modi and President Trump, with significant progress in all areas, including trade, defence, counter-terrorism, energy, coordination on regional and global issues as well as people-to-people ties," the MEA said.