Durga Ashtami 2022: The Ashtami of Chaitra Navratri is called Durgashtami or Mahashtami. Most followers of Hinduism observe fast on this day. 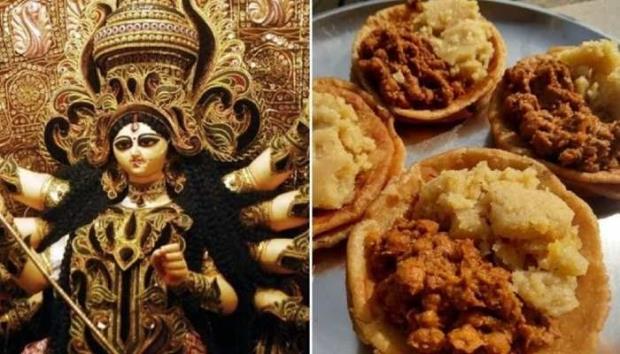 Durga Ashtami 2022: The Ashtami of Chaitra Navratri is called Durgashtami or Mahashtami. Most followers of Hinduism observe fast on this day.
This year Chaitra Shukla Ashtami Tithi will start at 11:05 pm on Friday, April 08 and will remain till 01:23 on Saturday, April 09.
Therefore, Durgashtami fast will be kept on 09 April.
Generally, those who do not keep fast for the entire 9 days of Navratri, keep fast on the first day and Durgashtami.
Kanya Puja and Havan are also performed on this day. This year a special yoga is being formed on Durgashtami. This day is very auspicious for doing auspicious work.
Sukarma Yoga being made on Durgashtami 2022
This year Sukarma Yoga is being formed on Durgashtami. This yoga is starting on 9th April at 11:25 am. Apart from this, Punarvasu Nakshatra will also remain throughout the day.
This yoga is considered very auspicious for doing auspicious work.
Mahagauri is worshipped
Goddess Mahagauri is worshipped on the day of Durgashtami. Goddess Mahagauri is the giver of happiness, success, wealth, food, wealth and victory.
Also Read: Taste buds tingle in Ramzan, Navratri in Lucknow
She is also considered the form of Mother Annapurna. That is why it is said that there is no shortage of money and food in the life of those who are blessed by her.
Girls/Kanyaais are considered to be the form of Maa Durga. Therefore, on the day of Durgashtami, girls are worshipped and their blessings are taken.
Maa Durga is pleased by doing this. For girl worship, feed kheer-puri, halwa concerning small girls. Offer them tilak and take their blessings.
Durga Ashtami Vrat Story:
According to legend, there was a demon whose name was Durgam. This cruel demon had tortured the three worlds.
Everyone was very upset by this. Due to the terror of the inaccessible, all the gods had left heaven and went to Kailash.
No deity was able to put an end to this demon. Because he had a boon that no god would be able to kill him. In such a situation, to solve this problem, all the gods approached Lord Shiva to beg and asked him to find a solution.
To kill the inaccessible demon, Brahma, Vishnu and Shiva combined their powers and thus Durga Maa was born.
This date was the Ashtami date of Shukla Paksha. The most powerful weapon was given to Maa Durga.
Maa Durga declared war with Durgam, Maa then killed Durgam. Since then Durga Ashtami originated. Since then there is a law to worship Durgashtami. Weapons are also worshipped on this day.