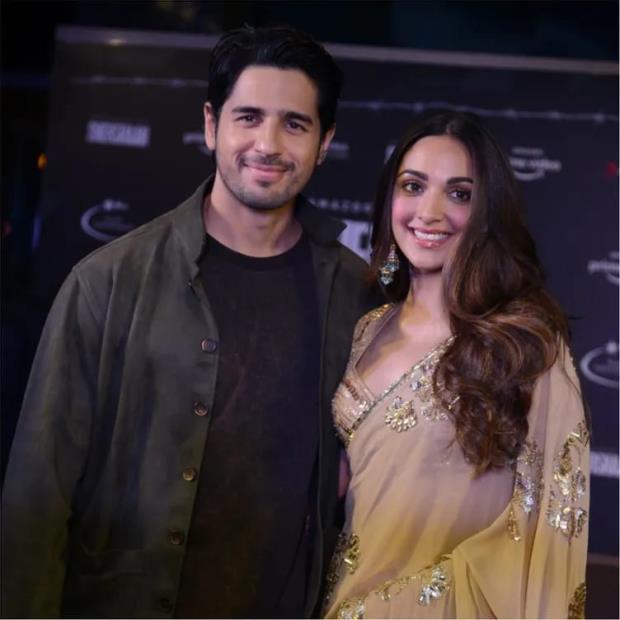 Sidharth Malhotra and Kiara Advani broke up recently, according to sources. Meanwhile, on Sunday, they attended Arpita Khan's Eid celebrations together. Despite their refusal to appear for the photographers together, the two entered the party together.
Siddharth and Kiara, who were seen together at the celebration, were dressed in black kurta-pajamas, with Kiara carrying a long shrug and grey top and pants. Kiara and Siddharth pose separately to the paparazzi in a video from the party that has gone viral. Siddharth then takes Kiara inside.
Fan’s reaction to this moment:
The fans of Sher Shah breathed a sigh of relief when they saw the actors of Sher Shah together. A fan reacted to the paparazzi's film, saying, “Rumors were pushed in vain by the media. I hope they marry soon since they look fantastic together.” “We're all pleased to see both of them together,” one person said. “Finally,” wrote another.
The actors were cast together in the movie ‘Shershaah’
It is yet to comment on the split rumors, although they both like each other's Instagram postings. Siddharth recently liked two of Kiara's Instagram pictures while she was promoting her film ‘Bhool Bhulaiyaa 2’. After ‘Shershaah’ won the award, Kiara shared a poster of the film. Siddharth and Kiara's first film together was ‘Shershaah.’ In the film, their chemistry was appreciated by the audience.
Also Read: 'Lock Upp': Pratik Sehajpal chooses Prince Narula as the second finalist
The upcoming projects of both the actors:
Apart from ‘Jug Jug Jio’ and ‘Govinda Naam Mera,’ Kiara will be seen in ‘Bhool Bhulaiya 2’. In addition, the actress is working on a Telugu film. Siddharth, on the other hand, will appear in the films Mission Majnu, ‘Yodha,’ and ‘Thank God.’.