In a mega jolt on the eve of Ramzan Eid, Bollywood megastar Salman Khan has been slapped with a legal notice -- demanding a staggering Rs 295 crore as 'costs in cause -- by his neighbour Ketan R. Kakkad, a retired NRI from the USA. 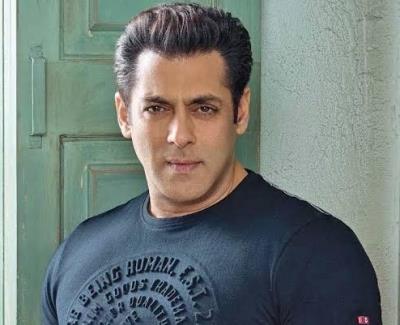 In a mega jolt on the eve of Ramzan Eid, Bollywood megastar Salman Khan has been slapped with a legal notice -- demanding a staggering Rs 295 crore as 'costs in cause -- by his neighbour Ketan R. Kakkad, a retired NRI from the USA. According to sources, the notice has been sent by Kakkad through the actor's team, DSK Legal - among the top-notch law firms in the country, with a week's time to comply."It is over a week now but there has been no response from them. We shall pursue the matter till its logical end as per the honourable court verdict," a grim Kakkad confirmed, when queried by IANS.The development came soon after the Bombay City Civil Court Judge A. H. Laddhad's order in a notice of motion for interim reliefs, arising in a defamation suit filed by Khan against Kakkad.In the March 23 order, Judge Laddhad had virtually rejected all contentions in Khan's plea for an interim �gag order' against Kakkad, and awarded the latter �costs in cause' while disposing off the matter, spelling a setback for the actor.Besides Kakkad, his next door neighbour at the Panvel (Raigad) farmhouse, Khan had dragged social media giants like Google, YouTube, FaceBook, Twitter, Sandeep Phogat, Paras Bhat and Ujjwal Narain, as parties, and it became one of the most avidly followed cases this year.Among other things, the plaintiff (Khan) sought directions for a comprehensive order restraining the defendants (Kakkad, et al) from defaming the actor and his Panvel farmhouse on all public domains and social media platforms.After several days of heated arguments on both sides -- with strong counters to DSK Legal battery by Kakkad's formidable team comprising Y. P. Singh, Abha Singh and Aditya Pratap -- Judge Laddhad ruled in favour of the defendants, stunning the plaintiffs.In the demand for Rs 295 crore �costs in cause', Kakkad has recounted how he and his wife Anita Kakkad, a senior citizen NRI couple from the USA, were systematically harassed, tortured, prevented from entering their plot of land adjoining Khan's sprawling Arpita Farms in Raigad for the past many years."On the other side, Salman Khan is a very wealthy, world-famous and politically extremely powerful personality, who - through his team - spared no efforts to bring us to the knees� All with the final aim to somehow illegally grab our plots of land in Raigad and drive us out of India forever," Kakkad pointed out.However, Kakkad said it was only due to the �blessings' of the tiny eco-friendly Lord Ganesha Temple on his plot that they survived and "achieved an unparalleled legal victory" in March, proving more than a match for the "Dabangg" superstar.Justifying the demand towards his �costs in cause', Kakkad claimed that as per US standards in similar litigation, "Rs 295 crore is peanuts", and nothing for a person of the stature of the �ill-advised Khan'.The amount would barely cover the lawyers' fees, compensation to scores of online experts and foot-soldiers, advisors in various fields and also his wife, all of whom toiled 24x7 to conduct research, collect background material, documents, evidence, etc, compile and tabulate it properly for the court's benefit, he said."However, if the opposite side dilly-dallies and does not clear our �costs in cause' within a reasonable time, we have kept all our options open, including moving the US courts for redressal as Khan side has defamed us globally through such false and mischievous litigation, plus serve as an example to others," warned Kakkad.(Quaid Najmi can be contacted at q.najmi@ians.in)
Source IANS