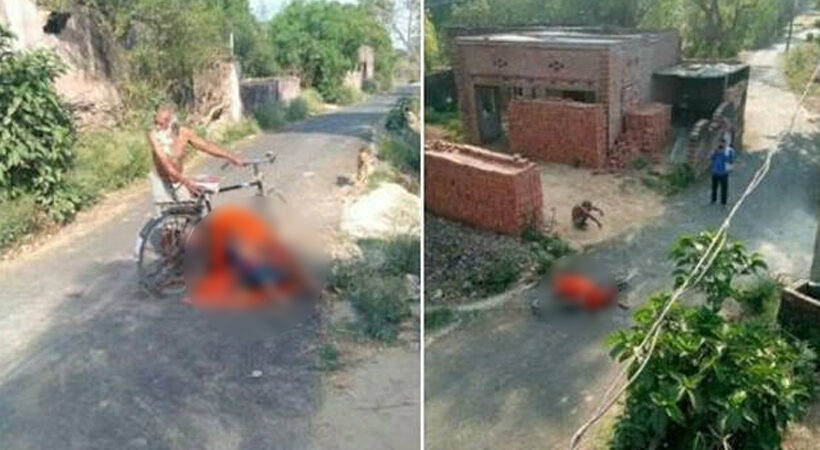 Two heart-wrenching photos of an elderly man carrying his wife’s body on the cycle have gone viral on social media. The photos shared the distressing incident in which a 70 years old man was forced to carry his covid positive wife’s dead body on a bicycle after the villagers refused to perform cremation fearing Covid spread.

In one of the viral photos, the elderly man was seen carrying the body of his deceased wife on a cycle, and in the other one bicycle was fallen and the body was sprawled across it.

The incident occurred in a rural area of Uttar Pradesh.  The 70-year-old man identified as Tilakdahri is a resident of Amberpur village in Jaunpur. His wife had died of Covid19 at a government hospital and her body was sent back in an ambulance.

The villagers did not allow the funeral of the women fearing covid spread in the area, after which the man decided to carry his wife on the bicycle and consign his wife’s body to the nearby Sai River.

He rode around the places for hours and no one helped him. Later he lost control over the bicycle and fall along with the body. While sitting hopelessly by the road he was spotted by a policeman, who informed his seniors about the situation. Later police came and arranged the funeral for the deceased lady with the help of a Muslim man.