The film is a romantic-comedy drama released on January 13. 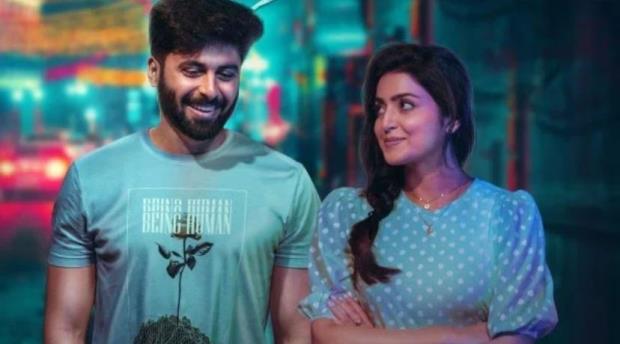 Cooku with Comali fame Ashwin Kumar's highly anticipated film Enna Solla Pogirai has finally released. The film also features Teju Ashwini and Avantika Mishra in the lead roles.
The film is a romantic-comedy drama released on January 13.
Storyline
The films story revolves around RJ Vikram (Ashwin Kumar), who  is engaged to Anjali (Avantika Mishra), a writer, with a firm belief that she would settle in life only with a guy who has been in a serious relationship in the past. Vikram can’t be in a serious relationship. He introduces Anjali to ex-lover Preethi. The love triangle makes things complicated between them.
Screenplay and Direction:
The film has light hearted moments. First half of the film is enjoyable. The second half is like a rough ride. The screenplay will make you feel boring. The film has some heavy dialogues in it. The film fails to offer freshness to its audience.
Ashwin Kumar-Teju Ashwini's Enna Solla Pogirai, which has also been getting rave reviews from the audience.
Also read: Priyamani to make Telugu OTT debut with web movie 'Bhamakalapam'


According to netizens, Enna Sonna Pogirai is a one-time watch with decent first half and average second half.
Written and directed by A Hariharan, Vivek-Mervin's music and Richard M Nathan's camera work cover the films flaws. Enna Solla Pogirai engages you fairly during the 2 hour 13 minutes runtime, and also entertains you well.