Cinema becomes an important reflection of what life is, often a celebration. It sometimes also mirrors the nuances of the struggles people go through, struggles which are incomprehensible in real life. 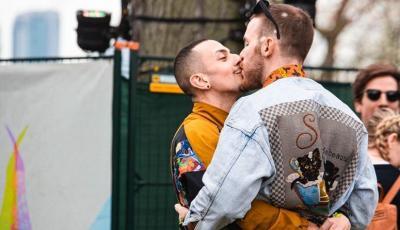 Cinema becomes an important reflection of what life is, often a celebration. It sometimes also mirrors the nuances of the struggles people go through, struggles which are incomprehensible in real life. "In order to be an ally, you need to acknowledge the struggles, celebrations, and lives of queer individuals. Queer movies become a source of understanding the queer experience which in return gives you an insight into how similar yet different our lives are. It not only expand your understanding of queer lives but also sensitize you to the struggle and oppression that the community went through at the hands of patriarchy and heteronormativity", says Yashwant Panwar, Communications lead Imbue Natural. This Pride Month, here's a look at the movies that have helped us understand and witness what it means to be queer in different parts of the world.FireLoosely based on Ismat Chugtai's sensational short story Lihaaf, Fire is one of the first Indian movies that explicitly depicted the struggle of queer women in an overtly homophobic and patriarchal society.Memories in MarchThis masterpiece by Rituparono Ghosh not only gives us a perspective on coming to terms with queerness, but also teaches how grief brings people together.AligarhA movie that strips itself off of all the subtle metaphors and gives us a raw depiction of what it means to be queer in a religion-driven homophobic Indian society. This is not just the story of professor Siras but everyone who had to face discrimination because of their identity.Blue is the Warmest ColourA coming-of-age story about love, acceptance, betrayal and accepting your identity.CarolAn adaptation of the romantic novel The Price of Salt by Patricia Highsmith, the story revolves around the relationship between Carol, a recently divorced mother and Therese, an aspiring photographer.Boys Don't CryBased on the murder of Nebraskan Trans-man Brendon Teena, this is one of the first movies that initiated the conversation around gender and transphobia in mainstream cinema.MoonlightThis critically acclaimed coming-of-age drama revolves around coming to terms with queerness in African-American cultures. The movie won three Oscars including Best Picture in 2017.Margarita with A StrawOne of the first Indian movies to depict queerness and disability explicitly. The story revolves around Leila Kapoor, a teenage girl with cerebral palsy and her encounter with bisexuality, new york, family and life.Kapoor and SonsA Bollywood anomaly that depicts a queer experience as a practical reality, instead of sensationalising or de-sensitising sexual identities.Portrait of a Lady on FireThis French masterpiece gives us the beauty of the female gaze. Set in the 1770s the story moves beyond the love of an artist and her muse by portraying love as an art.Source IANS