Everything you need to know about Saba Ibrahim & Khalid Niaz's wedding

Shoaib Ibrahim and Dipika Kakar introduced their sister Saba's boyfriend and that they plan to wed in the winter of 2022. 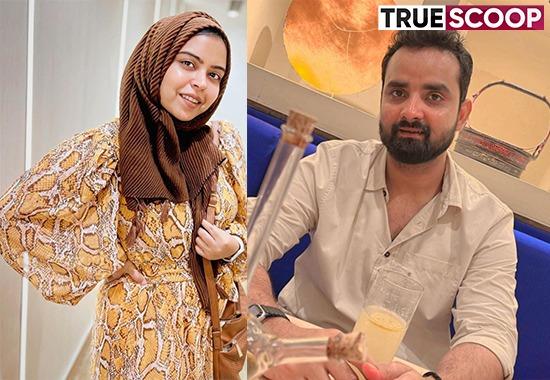 Shoaib Ibrahim and Dipika Kakar, of Sasural Simar Ka fame, are so happy right now and, the reason behind it is that they are welcoming a new member into the family. Meet future husband of Saba Ibrahim, Khalid Miyaz, affectionately known as Sunny by his loved ones. Everything you need to know about Saba's boyfriend:
He was first mentioned by Shoaib in his most recent YouTube video. The actor claimed that Saba's engagement is the subject of numerous rumours and disclosed that she would wed Khalid Niyaz, also known as "Sunny," this year.
The actor added that Saba has known him for more than 6 years and that their union is a love marriage. He said that the couple had received the blessing of both sides of the family and that planning for the wedding had begun.
Later, Shoaib's wife and fellow TV actress Dipika Kakar make an appearance in the video to confirm that the couple is getting married in the winter but refuses to provide any other details at this time.
Later, Saba shared an Instagram picture of herself holding her partner's hand.
Saba Ibrahim & Khalid Miyaz
Later, Saba shared an Instagram picture of herself holding her partner's hand.
YouTuber Saba has over 22 lakh subscribers. While Khalid's exact age is unknown, it is thought that he is between 30 and 35 years old, while Saba is currently 28 years old. Apart from his Instagram account, where he is also known as Sunny, there is no information on Khalid's family, career, or personal life known.