Hrithik Roshan Will Be Seen In Three Looks In ‘Vikram Vedha’, His Character Will Be Named ‘Vedha Betaal’; Actors Will Be Seen Speaking In Awadhi Tone

In 'Vikram Vedha,' Hrithik Roshan will appear in three different looks, and his character will be called 'Vedha Betaal.' Actors would speak in an Awadhi tone. 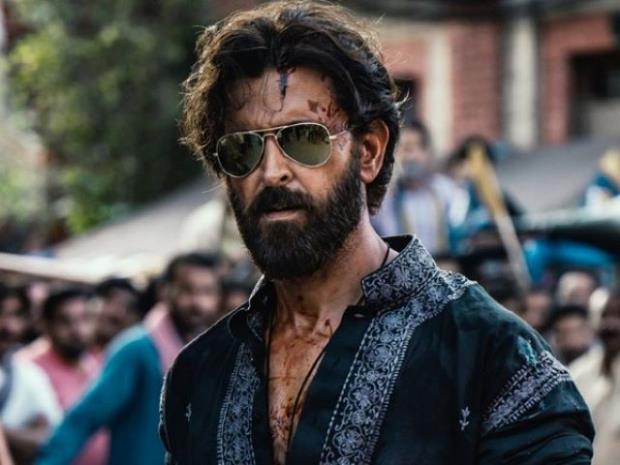 Following the success of 'Super 30,' riti k roshan will reprise his role as a young man from Up-taluka. Bihar's 'Vikram vedha' will feature his avatar. On the occasion of his birthday, his debut appearance as vedha' was released. However, in addition to that, the daily bhaskar has received a number of precise details. Last month, Saif Ali Khan and Radhika Apte finished their second round of filming in Lucknow.
In Abu Dhabi, Hrithik has wrapped filming for all three looks. From the daily bhaskar, insiders close to the film have provided a lot of the greatest information about the film. He claims that Hrithik has no trouble picking up the duration tone for 'vikram vedha.' He has been quite helpful in direct instruction during the super 30'. In the following days, two more looks by Hrithik will be released. In Abu Dhabi, he finished filming for all three looks.
'Vikram vedha' is fully operational
"The film is a remake of south's 'vikram vedha,' according to reports." It has been completely built from the ground up. The filmmakers had intended to shoot it last year. However, because of corona and lockdown, this was not possible. The makers had already built a kanpur set in Mumbai, but due to covid, the clearances for filming were delayed. As a result, that set had to be taken apart. Then, at bhopal, places similar to kanpur were discovered, although there was a risk of a shooting delay.
"The directors finally went to Abu Dhabi and developed kanpur there," sources stated of Hrithik's character vedha.' Here's how hrithik from Kanpur is portrayed by vedha.' The filmmakers have preserved a mixed hindi tone throughout the film. something along the lines of Amitabh Bachchan's in the old 'don' The filming took place in Abu Dhabi in October of last year. Madhavan was in Dubai with his son at the time. In the original 'vikram vedha,' he played Inspector vikram. Pushkar-gayatri was well-made by the filmmakers. He used to travel from Dubai to Abu Dhabi's sets. There, hrithik used to tell roshan about the film's and character's intricacies.
Also Read: Veronica Vanij talks about shooting in Haridwar for upcoming film 'Dreamy Singh'
Yogita bihani will also appear in the movie
In the film, yogita bihani will also be seen investigating Ekta Kapoor. She has started dating rohit sarraf, who plays Hrithik's younger brother in the movie. 'Dil hi to hai' helped yogita gain popularity. In the world of television, rohit is also a well-known name. Aside from these two, TV World's Shantanu Mahashwari is starring in a major Bollywood film. In 'gangubai kathiyawadi,' he will be featured opposite Alia Bhatt.