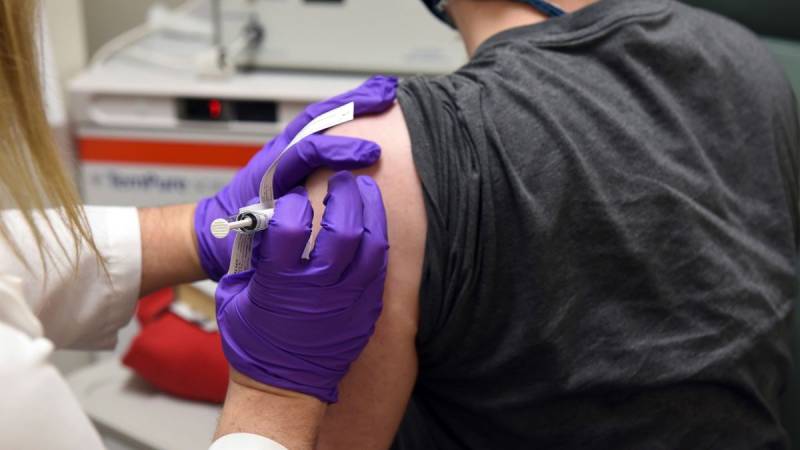 Pregnant women are going through a dilemma: whether they should get the Covid-19 vaccine shot or give it a miss. According to an article by Amy Mckeever in the National Geographic there is no data that could prove vaccines safe and effective for those who are expecting.

Pregnant women are, as per experts at the higher risk of complications after the infection. The Center for Disease Control and Prevention (CDC) had said that the vaccines should be made available for the women who are expecting but they should be given an option if they would like to have a shot or not. However, World Health Organization (WHO) had given a contradictory view about administering a vaccine to expectant women.

According to reports, it is significant to consult expert or doctors during pregnancy, especially when the expectant woman is eager to get vaccinated.

What are some of the evidence available propose?

Pregnant people were excluded from the randomized clinical trials. These trials are required to get the approval for vaccine or drug. That is why it takes a lot of time before the vaccine is declared safe for expectant people because the trials involve fewer participants and usually there is extra care involved during pregnancy and family of the pregnant person also mostly discourages them.

Some experts term it unfair decision for expectant woman. They are also of the view that vaccine should be made available to them after the tests in all circumstances. Faden, who leads the Pregnancy Research Ethics for Vaccines, Epidemics and New Technologies was quoted by National Geographic as saying, "“What has resulted from this has been decades of essentially unfairness to pregnant women.”

Evidence is available regarding some vaccines that are safe and directly needed. CDC encourages women to get vaccines against influenza that is likely to cause complication in expecting women. Pertusis can be dangerous for newborns and doctors suggest getting vaccine for it. Vaccines against hepatitis and meningitis are also available for use.

There are fears that some vaccines lead to complications but as per experts some complications are theoretically based and there is no evidence of it in major cases. The messenger RNA platform thaat the Pfizer-BioNTech vaccines use had not been licensed for human use. The data available though preclinical studies doesn't pose any red flags for pregnant people yet, according to Dr Anthony Fauci, Chief Medical Advisor of White House.

There are still several concerns about the real working of the mRNA vaccine. The animal tests according to experts have still not showed any side-effects but it is yet to be tested on expectant people. Fear are rife that it could lead to side effects in women or the fetus.

Clinical trials are in the pipeline to ascertain the efficacy of vaccines on expectant women. According to research, pregnant women are at higher risk for hospitalization, mechanical ventilation. They could also be admitted to ICU. One of the research was also published in the jorunal JAMA internal medicine that stated, Covid-19 is associated with higher odds of blood pressures and premature births. As per research, there was no greater chances of still birth.

According to reports, the pregnant women should get the vaccines when they are eligible and after the data is collected from vaccinated people. The pregnant healthcare workers had started taking vaccine in December and data will be available soon. More than 15,000 expectant women were reported to CDC that were administered vaccine until January 20, according to an article published in National Geographic.

Johnson & Johnson, Astra-Zeneca and Novavax vaccines uses techniques that have been studied previously on pregnant women. Having a vaccine during pregnancy could also have extra benefits because mother then transfer antibodies to their babies, only if infected earlier in the pregnancy. It is suggested by a research published in the journal JAMA pediatrics.

However, the transfer is not likely to happen after vaccination.

Get the latest update about Coronavirus, check out more about Covid19, Top News, Truescoop News & Punjab