Indian-origin doctor Avindra Dayanand has been charged with murder in South Africa after one of his patients died following a gall bladder surgery on the operating table. 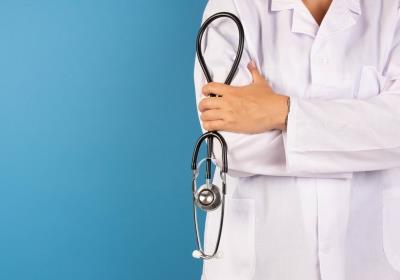 Indian-origin doctor Avindra Dayanand has been charged with murder in South Africa after one of his patients died following a gall bladder surgery on the operating table.

Dayanand, 35, who is out on a bail of 10,000 rands, turned himself over to the police after the death of Monique Vandayar, a 35-year-old businesswoman and a mother of two. She was referred to Dayanand as a patient in 2019.

The case is adjourned to November 8 for his legal team to make representations to the director of public prosecutions.

Under South African law, a murder conviction hinges on the offender's intention to kill, according to criminal law expert Mannie Witz.

Without intention, the killing is ruled as manslaughter, or culpable homicide as it is known in South Africa.

Dayanand is expected to be tried under the concept of 'dolus eventualis' (legal intention).

What is dolus eventualis?

It refers to the situation where committing a crime was not the accused actual aim, however they nevertheless foresaw it as a consequence of achieving their objective and persisted anyway.

For example, according to USlegal.com, you want to kill Bob, so you bomb his office, knowing that it's likely that other people will die.

Also known as common murder, in essence it means that you are responsible for the foreseeable consequences of your action.

According to South African law, intent in the form of dolus eventualis means it is enough to find someone guilty of murder if the perpetrator objectively foresees the possibility of his or her act causing death and persists regardless of the consequences, an Independent report, said.

To prove dolus, the State has to prove that the perpetrator committed the act that led to the victim's death with the intention to kill.

Under South African law, there are two forms of dolus -- directus and eventualis. The former describes the direct intention to kill, and the latter rests on the idea that the perpetrator may have foreseen that someone would be killed by their actions, and went ahead.

The definition of dolus eventualis (Latin) in South African law originated in 1963 from the case of State v Malinga but it became popular when the State accused Paralympic track star Oscar Pistorius of the cold-blooded murder of his model girlfriend, Reeva Steenkamp, in 2013.

State prosecutors argued that trial judge, Thokozile Masipa, had erred in her application of the legal principle of dolus eventualis in Pistorious' case. He was convicted of murder in 2015 and ultimately sentenced to 13 years and five months in prison.

Sentences may range from eight to 25 years in prison.

Why the hue and cry

Dr Dayanand's trial under dolus eventualis has triggered massive outrage among the medical practitioners in South Africa, with doctors arguing that their premature criminalisation is negatively affecting the ability of healthcare workers to save lives and negating the trust in the law to protect the public.

Dr Graham Howarth, Medical Protection Society (MPS) head of Medical Services for Africa has asked why doctors, on occasion, were charged with murder when they clearly didn't intend to kill.

"The problem with South Africa is the concept of dolus eventualis, where recklessness can come close to intent. If you reconcile yourself to the risk involved and continue regardless, then this is a form of intent and can lead to a murder conviction," Howarth told biznews.com.

A study of South African criminal history suggests that determining a perpetrator's necessary intent in the form of dolus eventualis has proved to be a predicament in the country's jurisprudence.

Only a combination of these, plus discussions with National Prosecuting Authority, the SA Police Services and the Health Department, will prevent unwitting doctors from facing the nightmare of prosecution on either culpable homicide or murder charges, as has been happening with increasing frequency of late in South Africa," he added.