Explained: Lawrence Bishnoi gang 'extortion' racket from jail; how singers like Moosewala & others get blackmailed

Lawrence Bishnoi Gang & More: The planning for the murder of Punjabi singer and Congress leader Sidhu Moosewala was hatched in Tihar Jail in such a way as to be a film story. 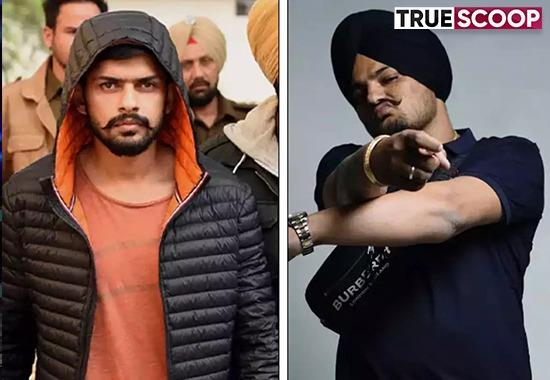 Lawrence Bishnoi Gang & More: The planning for the murder of Punjabi singer and Congress leader Sidhu Moosewala was hatched in Tihar Jail in such a way as to be a film story. There are media reports that Lawrence Bishnoi conspired to kill Moosewala in jail. In this, he was helped by his gangster Goldy Brar sitting in Canada. With the help of Goldy Brar, Bishnoi got his brother shifted to Europe.
Gangster Lawrence Bishnoi, the main conspirator of the Sidhu Moosewala murder case, has been brought from Mansa to Mohali by the Punjab Police on a seven-day remand. On Wednesday, the police team had taken Bishnoi's remand for 10 days, but the court granted only seven days remand.
Lawrence Bishnoi will be interrogated by the Anti-Gangster Task Force of Punjab. Goldy Brar, a member of the Bishnoi gang, had claimed from the unofficial Facebook account shortly after the murder of Moosewala that he had killed Moosewala. Brar had called it an act of retaliation. According to sources, the Delhi Police's interrogation of Lawrence Bishnoi revealed that the conspiracy to kill Sidhu was hatched after the murder of Vicky Midhukhera.
According to a report, Lawrence Bishnoi hatched a conspiracy to kill Sidhu Moosewala in Tihar Jail. It has come to the fore that Bishnoi had spoken to Goldy Brar, a member of the gang sitting in Canada, over the phone for planning the murder. According to sources, Bishnoi had earlier hatched a conspiracy to kill Moosewala at home but it could not be possible due to security personnel. After this, another conspiracy failed outside the house as well.
Also Read: Shooters had gone to Jalandhar before 'Killing' Sidhu Moose Wala to 'KNOW' detail of his bulletproof THAR
The gang members were constantly keeping a watch on Moosewala on the instructions of Lawrence Bishnoi. When Moosewala came out of the house without a bulletproof vehicle and security personnel on the day of the murder, Bishnoi was informed to the jail. After this, the murder was carried out. According to sources, Lawrence Bishnoi, with the help of Goldy Brar, got his brother Anmol Bishnoi shifted to Europe so that he could escape the police action.
Moreover, we discuss how Lawrence Bishnoi's gang target singers and to target which one and how do they know, this target is perfect for them and from where do get all these connections and all. As per the sources, Bishnoi gang-run their extortion from the jail itself as they first search the history, bio-data and other details related to that individual.
For this, they use different social media accounts where they research Famous singers, personalities and more at the same time. They track their social media account, Facebook users, Instagram followers and more like that. Which singer got more views on that song and who is trending like that. In this way, they 'Target' that particular individual as their next 'big fish' could be in terms of extortion money, sometimes killing and more.
However, Bishnoi himself has denied now that he has nothing to do with Sidhu Moosewala’s killing and more. But it was also revealed that they took revenge for one of their brothers Vicky Midhukhera, who was shot dead allegedly by some sharpshooters in August 2021.
But Bishnoi and the gang believe that it was all done by Sidhu Moose Wala and his PA who always carry secrets of others and he was the main culprit behind it and why Vicky Midhukhera was killed since he was someone who communicatory on his back. Moreover, the report also suggests that Moosewala's PA has flown to Australia or Canada to protect his life from the Bishnoi gang and others.