Explained: Why ANSU has declared 12hr shutdown in Itanagar?

Bamang Felix, the state's home minister, has urged the ANSU to call off the 'capital bandh', adding that because the government had already agreed to the ANSU's 14-point demands, the bandh call is 'unjustified.' 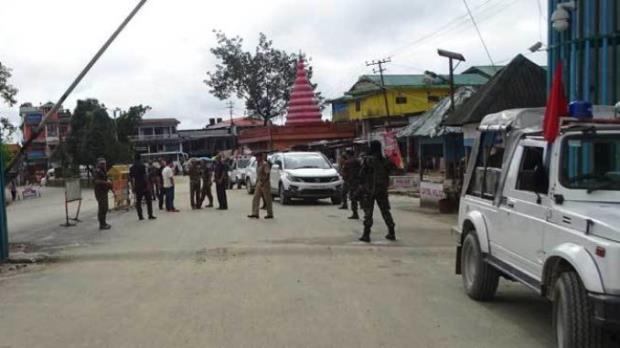 The All Nyishi Students' Union (ANSU) has called a 12-hour shutdown in Arunachal Pradesh's capital to press their two demands. Itanagar will remain 'bandh' from 5 a.m. to 5 p.m. today, on November 23.

ANSU's two demands include- "Immediate Transfer of Present Commissioner of Education, Niharika Rai from the State and Immediate Dropping of Criminal Case Against Team ANSU."

Meanwhile, Bamang Felix, the state's home minister, has urged the ANSU to call off the 'capital bandh', adding that because the government had already agreed to the ANSU's 14-point demands, the bandh call is 'unjustified.'

The 14-point demands of the Students Union were addressed by the Department of Education on October 15, according to the minister. Felix requested that the ANSU call off the 12-hour bandh in the state's and people's best interests.

He also urged businesses to stay open on Tuesday, stating that police officers would be present to ensure public safety and security. He went on to say that all government offices will be open as usual and that state transport buses will be available to pick up and drop off employees.

Last week, members of the ANSU allegedly clashed with police after attempting to enter the civil secretariat in the capital. The union claimed they wanted to present their 14-point resolution to the members inside. Following the altercation, the union called a protest bandh and threatened to escalate the agitation unless the demands were met.

The state's home minister has now urged the union to roll back its decision, claiming that it would cause chaos and security issues for citizens.

Aforementioned, the students union is demanding the immediate transfer of Niharika Rai from the State and Immediate Dropping of Criminal cases against ANSU leaders.

According to ANSU, "Niharika Rai has no right to hold any office in the state of Arunachal Pradesh because she is ineffective in delivering justice to students." She continued to show her negligent attitude instead of paying attention to the 14 point representation."

ANSU also stated that they had made their demands to the education department for several months but had received no response.

Regarding "Immediate dismissal of the criminal case against Team ANSU”- Earlier in September, a delegation of union central executive members met with Chief Minister Pema Khandu to discuss the 14-point demand.

"The matter was amicably resolved following the meeting with CM, but unfortunately, the union received a call a few days later informing them of an FIR filed against them, which is completely fabricated," the union stated.