Explained: Why Will Smith slapped Chris Rock on the Oscars, Reasons you need to know; 'Is this for real' erupts Twitter 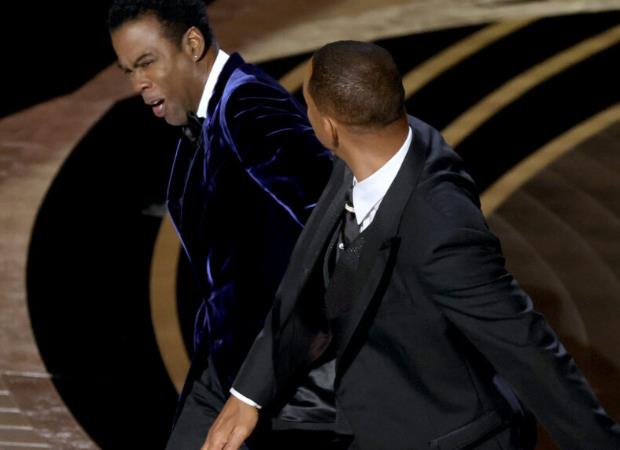 Oscar Awards 2022: Winning Oscar is the dream of any film director or actor. The fans of Oscar 2022 were eagerly waiting and today the 94th Academy Awards were held.
In this, Will Smith won the Best Actor Award. At the same time, Jessica Chastain won the award for Best Actress. Meanwhile, Hollywood's famous actor Will Smith punched host Chris Rock on stage.
According to the information, host Chris Rock made some comments on the hair of Will Smith's wife Jada Pinkett Smith, on which Will got very angry and he went on stage losing his temper and punched Chris Rock hard.

Watch The Video:
This video of Will is becoming fiercely viral on social media. Will Smith did not stop there, he went down and gave a warning to Chris Rock and said never bring my wife's name on your tongue.
Chris Rock made a comment on Will Smith's wife Jada Pinkett Smith regarding the film GI Jane. He made fun of Jada and said that she looked like GI Gen 2.
Also Read: Jessica Chastain wins Oscar for best actress for "The Eyes of Tammy Faye", says, 'Don’t Say Gay & Bigoted legislation'
Commenting on Jada's baldness, he said, 'Jeda cannot wait for GI Jane 2, because the look of the lead actress in the film was bald. Whereas Jada has had her hair removed due to a disease called Alopecia.
In such a situation, seeing his wife being made fun of in front of everyone throughout the show, Will was furious and gave a strong punch to Chris Rock.
After this incident, tremendous reactions of people are coming on social media.
Several Hollywood celebrities including Conan O'Brien, Minnie Driver and others spoke at the Will Smith and Chris Rock event. Host, comedian and writer Conan O'Brien wrote on Twitter, "Just saw Will Smith slapping video.
Anyone has a late-night show I can borrow one for tomorrow?" Minnie Driver reacted to the incident, saying, "It was very personal. We were all privy to something like this and feelings are running high.
I hope they recover later." It's hard to see someone's pain like this."

WILL SMITH APOLOGIZES
Will Smith won the Best Actor Award. In such a situation, Will Smith also apologized to Chris Rock while receiving the award.
He said, 'I apologize to the academy. And I also want to apologize to my fellow nominee 'Acting is a mirror of real life. I seem like a cynical and crazy father like Richard Williams, who will do anything for his children.