Heatwave in India: This year summer is breaking all the old records. In the last two months, the maximum temperature of 40 degrees to 45 degrees Celsius. Author : Rohit Gupta 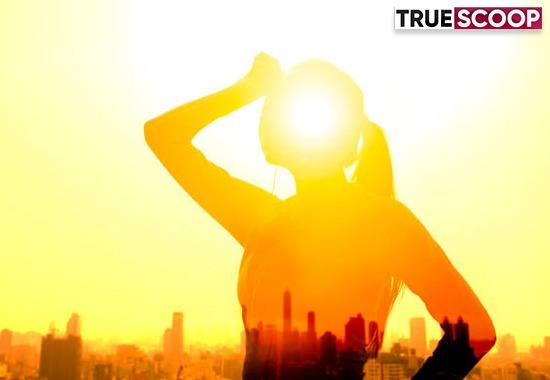 Why so hot in this month?
There are many reasons why March and April are so hot this year. Premature onset of summer, prolonged heatwave, absence of rain from time to time. After March, many areas of the country have been deprived of normal light-intensity rain, hailstorm and lightning.
Also Read: Record Alert: Highest temperature recored in last 122 yrs in north-central India, reports IMD
According to the Meteorological Department, about 72 per cent reduction in rainfall was recorded in India. At the same time, in the North-Western regions of the country, this decrease had increased to 89 per cent. Take a look at the last few decades, the maximum temperature in India is increasing during the summer.
Every 10 years there has been a huge increase in the number of heatwaves. According to the data, it was 413 between 1981-and 90. Whereas between 2001-2010 it increased to 575. At the same time, between 2011-and 2020, the number of heatwaves increased to 600.
The Director-General of the Indian Meteorological Department, Mrityajay Mohapatra, told during an interview that from a historical point of view, the heatwave has come even earlier in March. But this time its duration was longer and it continued for almost two weeks. In this way, its frequency also increased.
Climate change is also the main reason for the increase in maximum temperature. Dr DS Pai, director of the Institute for Climate Change Studies, Kottayam, says that one of the reasons for the increase in maximum temperature from normal depends on the local weather conditions. Apart from this, this is also due to the use of more concrete, and more cutting of trees.
Global warming is not the only cause of high temperatures. Our way of living also depends a lot on it. Affects the density, frequency and duration of the heatwave caused by global warming.
There will be no relief in the coming days
According to meteorologists, the days and duration of heatwaves will increase in the coming time as well. Where we are seeing higher temperatures during the day. At the same time, the weather will be hot at night as well.
The chances of reducing the heat do not seem to be decreasing yet. If reports are to be believed, Rajasthan, Delhi, Haryana, Chandigarh, Madhya Pradesh, Vidarbha, Uttar Pradesh, Jharkhand, West Bengal and Odisha should be prepared for hot days at least till May 1. By May 1, the maximum temperature is likely to rise by 2 degrees Celsius before a slight drop.
However, the heatwave in Bihar and Chhattisgarh will subside after April 30. On the other hand, in some parts of Telangana and Andhra Pradesh, the temperature may increase in the first week of May.