Explainer: Know what is going wrong in Maharashtra's politics? What is 'Operation Lotus'? Key points 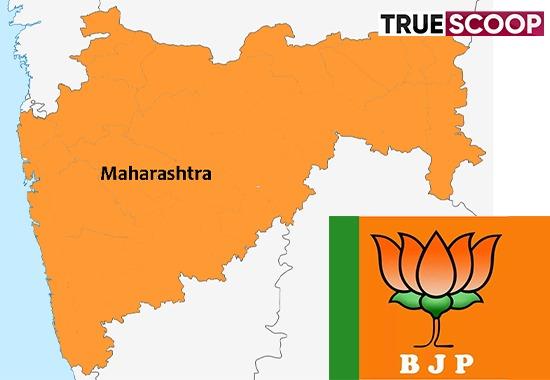 Political crisis in Maharashtra: The political crisis in Maharashtra is moving towards its peak. There are indications that Uddhav Thackeray has lost the battle. He might resign at any time. On the other hand, Sanjay Raut has said that the assembly can be dissolved. Political experts believe that if there is a recommendation to dissolve the assembly, then two situations will arise.
First - BJP should say that it has a majority, so the assembly should not be dissolved and it should be given a chance to prove its majority. On the other hand, if President's rule is imposed, then elections will have to be held in 6 months. Its apprehension is less as elections were held in the state only two and a half years ago.
If President's rule is imposed then Maharashtra will have such an opportunity for the second time in three years. Earlier in October 2019, when the Chief Minister could not be selected for a long time after the results of the Maharashtra Assembly elections, the Center imposed President's rule. After this, in a dramatic development, Devendra Fadnavis took oath as CM at 5 am. However, the majority could not be proved.
At the same time, Eknath Shinde, a strong leader of Shiv Sena, is being watched by the whole country, who claims to have 40 MLAs with him. Meanwhile, there is only one question in everyone's mind will Uddhav Thackeray fall? Is the BJP in a position to form the government once again? For this, it is necessary to understand the maths of the Maharashtra Legislative Assembly. There are currently 287 seats in the Maharashtra Legislative Assembly. The required number of the majority to form the government is 144.
BJP is not in a hurry this time. Even after all this, the statement of any big leader of BJP has not come. There is a stir in the BJP too, but the party has not opened its cards. It is believed that this political drama can go on for about a week. It is further possible that after Eknath Shinde's game plan is solid, the BJP may stake claim to form the government or the Uddhav Thackeray government may be asked to prove its majority.
At present, there is no official information about how many MLAs are with Eknath Shinde. On Tuesday morning, this figure was 12, which increased to 22, then 27 and 36. Shiv Sena said it has 35 MLAs out of 55. On Wednesday morning, 40 MLAs were seen along with Eknath Shinde at the Guwahati airport.
Also Read: Rebel Sena MLAs to be flown to Guwahati by chartered plane at midnight
- Total seats now: 287
- Majority figure: 144
Status of Maha Vikas Aghadi: Shiv Sena 26 (after reducing 29 rebels) + NCP 53 + Congress 44 = Total 123 i.e. far away from the majority
- BJP has a majority: BJP 106, Shiv Sena rebels 29, independent 13 = total 148 i.e. 4 more than the majority
In the assembly election results of the year 2019, BJP got 106 seats, Shiv Sena 56, NCP 53 and Congress 44 seats. BJP and Shiv Sena were together before the elections and in such a situation both had majority figures. However, the alliance broke down and the BJP needed 40 seats to form the government. BJP unsuccessfully tried to form the government with the help of Ajit Pawar. In the end, Shiv Sena formed the government by joining hands with MCP and Congress.
Another important point is that Eknath Shinde will have to bring 36 MLAs with him to avoid the anti-defection law.
The strategy of 'Operation Lotus':
With Ajit Pawar ruining Shiv Sena's plan to go with Congress and NCP. Instead of this, BJP would withdraw all the charges against Ajit Pawar.
What happened:
The results of the Maharashtra Assembly elections were declared on 24 October 2019. The BJP-Shiv Sena alliance got a clear majority. BJP got 105 and Shiv Sena 56 seats. While NCP won 54 seats and Congress 44 seats. BJP and Shiv Sena parted ways over the post of CM.
After this Shiv Sena announced to form the government with NCP and Congress, but a day after this, on 23 November 2019, Devendra Fadnavis took oath as CM. Ajit Pawar also took oath as the Deputy CM along with him.
NCP chief Sharad Pawar stopped party MLAs from accompanying Ajit. After this, the Supreme Court ordered a floor test. When Fadnavis felt that he would not be able to get a majority, he resigned from the post of CM within 72 hours. Here the strategy of the BJP was to break the NCP and form the government. But it failed.