Explainer: Know why Doctor has to pay Rs. 25L after 18-yrs of woman's death due to 'medical negligence'

Medical negligence is defined as the negligent, improper, or unskilled treatment of a patient by a healthcare professional. 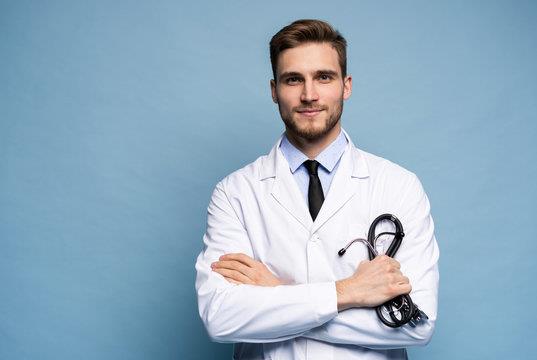 After 18 years of the woman's death after removing the stone from the gall bladder, the Supreme Court has given a big decision. SC has ordered a compensation of Rs 25 lakh for the family, holding a Patiala-based doctor guilty of 'medical negligence.'
The court has ordered payment of compensation to Dr Gurmeet Singh, a laparoscopic surgeon who runs Preet Surgical Center and Maternity Hospital in Patiala, reported. However, the court observed that Dr Atul Mishra, Professor, Department of Surgery, Dayanand Medical College and Hospital (DMCH), Ludhiana, was not found guilty of any medical negligence, where the patient was taken for treatment after his condition deteriorated.
Harnek Singh, a resident of Sevak Colony, Patiala, had told that his wife Manjit Kaur (47) had a stomach ache and she was diagnosed with stones in the gall bladder. On 13 July 2004, she contacted Dr Gurmeet Singh and decided to undergo an operation.
Harnek Singh stated in his complaint that on 28 July 2004, Dr Gurmeet Singh performed a laparoscopic cholecystectomy and inserted a tube into the patient's abdomen. On 29 July 2004, the patient complained of abdominal pain and strain. When the doctor was informed about this, she said that this happens. But the next day the patient's condition became critical.
The husband of the deceased told in the complaint that Dr Gurmeet Singh reassured us and started giving oxygen to the patient. The request for a second opinion or referral to Rajindra Hospital, Patiala was rejected giving another assurance that the patient was in safe hands. Then later that evening, Dr Gurmeet Singh told us that the cause of the problem was acute pancreatitis and that there was nothing wrong with the surgery.
According to the complaint "On July 30, 2004, at around 9 pm, Dr Gurmeet Singh decided to transfer the patient to DMCH Ludhiana and refer the patient to Dr Atul Mishra, but Dr Gurmeet Singh took the patient records and operation notes, refused to give.
The doctors at DMCH adequately explained the situation. According to the DMCH assessment, the iatrogenic injury was suspected during the previous surgery to the bile duct and possibly also the intestine." On 2 August 2004, The patient's condition became critical and he died on 11 August 2004.
What Is Medical Negligence?
Medical negligence is defined as the negligent, improper, or unskilled treatment of a patient by a healthcare professional. This can include negligent care from a nurse, physician, surgeon, pharmacist, dentist, or other health care employees. Medical negligence is the grounds for most medical malpractice claims where the victim claims injury from medical treatment.
Medical malpractice happens when a doctor, other medical professionals, or a healthcare organization falls below the standard duty of care required when overseeing, diagnosing, or treating a patient, resulting in an injury. This departure from the standard duty of care demanded of all medical professionals usually stems from an act of negligence.