Jobs in India: 'PM Narendra Modi has reviewed the human resources of all departments and ministries and has directed that the government will recruit people in mission mode for 10 lakh posts in the next one and a half years.' 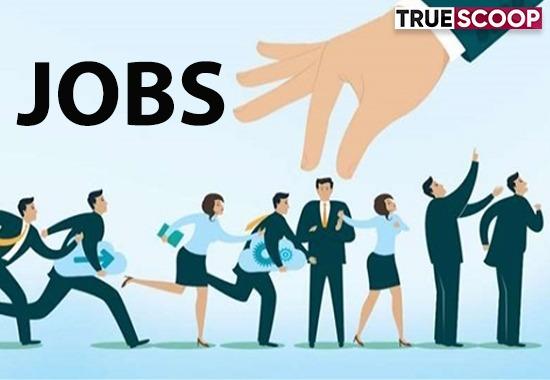 Jobs in India: 'PM Narendra Modi has reviewed the human resources of all departments and ministries and has directed that the government will recruit people in mission mode for 10 lakh posts in the next one and a half years.'
Just three hours after this announcement, the spokesperson of the Ministry of Home Affairs said that we have started work to fill the vacancy. Gradually many other ministers and departments tweeted. At present, no detailed roadmap has been issued by the government, but many things become clear from the analysis of the vacant posts of different departments.
According to the government report, the maximum vacancies are in the Defense, Railways, Home Affairs, Posts and Revenue Departments. That is, in the next one and a half years, the maximum recruitment will also be in these departments. Now let us know the group-wise distribution of these vacant posts. A report presented by the Central Government in the Parliament in 2020 shows that about nine and a half lakh posts are lying vacant in different departments and ministries of the Central Government.  According to the documents of the central government, 40 lakh four thousand posts are created in these departments of the government.  Out of which 31,32,159 posts were filled.
According to a report presented in the Parliament House of the Central Government, 214601 employees were recruited during 2016-17 to 2020-21. Apart from this, more than two lakh people were appointed through the Railway Recruitment Board.
The jump in the vacant posts of different departments has not come in a day. Since 2014-15, the number of vacant posts in the government department is increasing. During this, the number of vacant posts decreased only in 2019-20.
Also Read: Over 20K startup employees lose jobs globally, India and US top list
According to government sources, the PMO had sought detailed information about vacant posts from ministries and departments. After reviewing it completely, the Prime Minister gave instructions to recruit 10 lakh people. At number four, the maximum number of posts are being said to be vacant in the postal department. About one lakh posts are vacant in this department. Which can be filled in the next one and a half years.  Apart from this ministry, about 83 thousand posts are estimated to be vacant in the revenue department of the Center.
The report also suggests that apart from the departments of Railways, Defence, Home, Revenue and Posts, the number of vacancies is high in the Ministry of Education.
In the last assembly elections, the opposition parties had raised the issue of unemployment vigorously. However, the BJP rejected it saying that their schemes have encouraged entrepreneurship and employment.
With one million posts to be filled in the next 18 months, the Modi government will have a solid answer to every criticism of the opposition on the issue of unemployment in the upcoming 2024 Lok Sabha elections. The next election to the Lok Sabha is likely to be held in the month of April-May 2024.
However, only one million jobs are not enough for India. According to the 2020 report of McKinsey Global Institute, India will need at least 90 million jobs by 2030. In this, except the agriculture sector, it has been said about the jobs in other sectors.