Fake Love by Guru Randhawa Out: Singer releases another song of his debut album ‘Man of The Moon,’ watch

Recently, Guru Randhawa along with Bhushan Kumar released audio tracks of his album ‘Man Of the Moon’ which will contain around 7 songs that are Signs, Fake Love, Tera Ki Khayal, Rona Rona, Fayaah Fayaah, Moon Rise, and Black Raat. 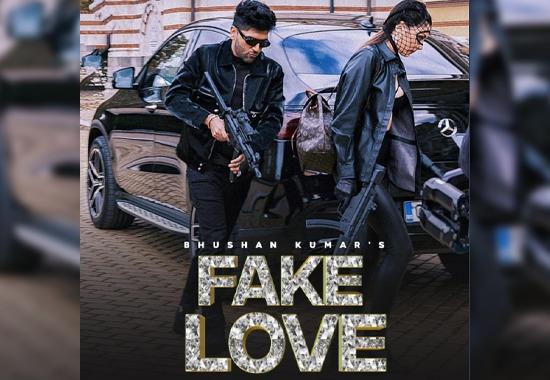 Guru Randhawa has surely taken his fans over the moon as he released his all-new song ‘Fake Love’ from his debut album Man of the Moon.

Everyone’s favorite, Guru Randhawa has brought a new, fresh and modernistic vibe to the song as he collaborates with Amar Sandhu, Sanjoy and Royal Maan. The ‘Fake Love’ song has a new flavor in it and is a perfect fit for all kinds of moods.

The video features Guru Randhawa who hatches a plan of robbery of Diamond along with his gang members but later on gets betrayed by a female member of his group. The song shows the new modern style of Guru Randhawa.

The song is available on YouTube on the official page of TSeries.

Speaking about the project, Bhushan Kumar said he feels enlightened to work with such a passionate person and this album will prove that he is an artist and singer with utmost excellence.

The other song that will be there on the album are Signs, Tera Ki Khayal, Rona Rona, Fayaah Fayaah, Moon Rise, and Black Raat.