Fans get emotional as Vin Diesel walked Paul Walker's daughter down aisle at her wedding, write “Paul will be smiling from above”

Paul Walker’s daughter Meadow Walker walked down the aisle at her wedding with her godfather, her father’s best friend, Vin Diesel. 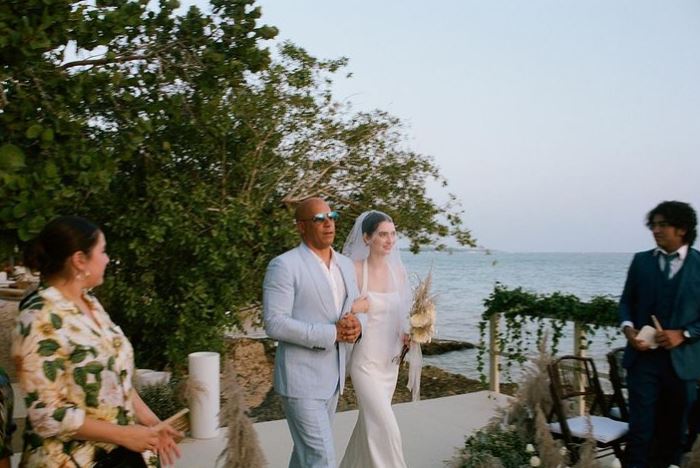 In one of the shared a photograph, newlywed is seen with Vin Diesel, her godfather. In the picture, she was walking down the aisle with Vin, usually, the bride's father accompany her to the aisle.

While sharing the dreamy pictures, the model wrote, “Ayooo”.

Have a look at the photograph here:

She has also shared a black and white video of their wedding and wrote, “We’re married”.

Fans got emotional after seeing Vin Diesel take on Paul's role at the wedding. One of the fans wrote, “Paul Walker's daughter Meadow got married and most likely it was Vin Diesel who took her down the aisle for her calling and considering him her second father, and Jordana she calls her second mother, oh my god I love them so much”.

Have a look at the emotional reaction of the netizens:

Walker died at the age of 40 on November 30, 2013, in a car accident during the filming of Fast and Furious 7 sending a wave of shock and grief across Hollywood. He played the role of Brian O’Conner, one of the three main protagonists.