Interacting with the media Najeer said, "I was left with no option. I have spent nearly six lakh to rear these chickens." 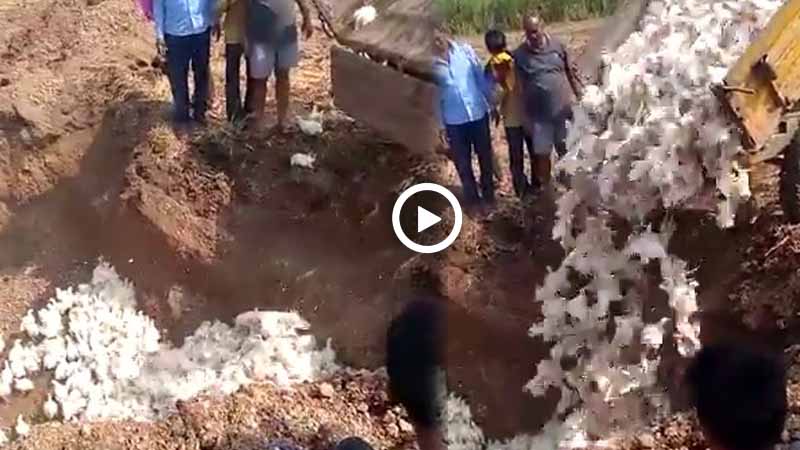 With the coronavirus spreading its wings day by day in India, people have started panicking. More than facts people are now believing on rumours. A video has surfaced online in which farmers of Karnataka reportedly buried 6000 chicken alive. They also shot a video of the horrific burial.

A farmer named Najeer Ahmed Makandar, loaded around 6,000 chickens, all about a month old in a truck and dumped the live birds in a large pit in Nulsoor,  Belagavi's Gokak taluk, a few days back.

Interacting with the media Najeer said, "I was left with no option. I have spent nearly six lakh to rear these chickens."

As per, Ajit Ranade, head of the poultry division of Bombay Veterinary College, the process of cooking chicken at high temperatures cannot leave any virus alive. So do not go by the myths and rumours which are being spread.