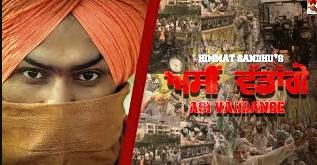 Two songs on farmers protest have been taken down from YouTube that highlighted the farmers' protests and their agitation at borders in Delhi. These songs have been taken down from YouTube India website. 'Faslaan de faisley kisaan karuga, or ‘All farming decisions will be taken only by the farmers' became the punch line for the protesting farmers. Another one is Asi Wadange' or 'We will break you.'

Harjinder Laddi, the director of the song was quoted by The Wire. He said that he noticed YouTube had taken down these songs three days back and when he asked from YouTube headquarters in California, he got to know that the songs were taken down due to a complaint by government of India stating violation of its rules.

The producers and directors claimed that they didn't get any information prior to such adverse decision by YouTube. They got to know from the listeners. YouTube was expected to send them a reply in the email by February 8.

Another song taken down by YouTube is 'Ailaan' meaning 'proclamation.' It had garnered over 6 million likes before it was taken down by the company.  Many farmers and supporters of the agitation told The Wire that they have original copies of the songs and they will circulate it. The Wire had later on updated the story after getting a version from YouTube.