The main lead Doron in the pursuit of the threat gets into one of the most dangerous missions that he has ever faced Author : Guneet kaur 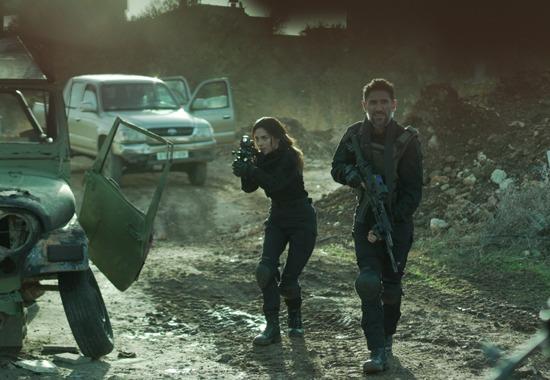 The fourth season of a critically acclaimed Israeli series directed by Lior Riaz and Avi Issacharoff was released on Netflix on 20th January 2023. Fauda season 4 is focused on Israeli and Palestine conflict. This time the series is not only limited to Israel, it focuses a way ahead of that. The main lead Doron in the pursuit of the threat gets into one of the most dangerous missions that he has ever faced. Talking about the ending every person has just one question, whether Doron was able to rescue Gabi from Hezbollah.

The series starts with a bang and the main lead Doron who has gone back to his farms in the end of season 3 returns to be part of yet another mission. He agrees to become part of one of the deadliest missions of his life after much convincing from Gabi. Gabi is the top interrogator in Israel's Shin Bet unit. A vital asset of Gabi, Omar who is in Belgium informs Gabi to get out of the loop and asks him to help him solve this problem. It is later revealed that Omar is a part of Hezbollah. Gabi sets out on a mission along with Doron to meet Omar. Eventually, during the mission, some Israeli soldiers get killed while Gabi gets kidnapped.

In order to rescue Gabi, the special forces team led by Doron leave for Brussels. After being kidnapped, Gabi is interrogated and due to being tortured brutally he tends to give in. As soon as Doron is about to rescue Gabi, the latter is shot by a member of Hezbollah. Post this, before Doron and his team, could take Garbi’s body, Omar and his team leaves the building with Garbi’s body. The team makes sure to leave evidence that proves that Garbi is dead and to distract Doron. Omar then takes Garbi to Lebanon and hand him over to Hezbollah leaders. Later, Gabi’s own family believes that he is dead but Doron somewhere is not ready to accept that Garbi is dead.

While Omar is making arrangements for his plans. His cousin Adel Tawalbe takes responsibility of handling operations at the refugee camp. Adel and team also target Israeli security officials and Doron based on the information received from Garbi when he was kidnapped. Adel then sends two attackers to kill Doron, while one gets killed by Doron himself the other is caught alive. As the situation’s seriousness intensifies, Omar’s sister Maya who is a respected police officer also gets involved in the mission.

In the end, Doron is successful in taking leverage over Oman. While rescuing Gabi, Omar gets killed by him only to seek revenge for the betrayal. The final battle witnessed the death of many team mates while others get injured but Dorman survives somehow.