Firing in Amritsar: 2 youngsters try to kill a man working in a salon, captured on CCTV; details inside

The statements of all the witnesses have also been taken and the bullets recovered have already been sent for forensic examination. 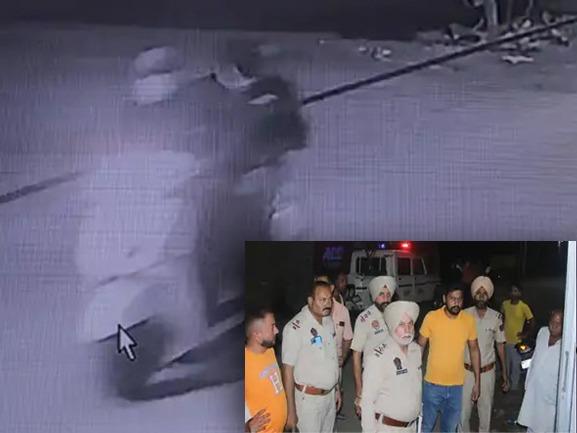 Seems like crime will not see an end in Amritsar, Punjab. It has become very often to see the name of this city spring up whenever there is news related to the crime taking place in Punjab.

Another shocking incident has been surfacing on the news from Amritsar which is frightening and scary. The incident took place on Wednesday in the Kot Khalsa area of the city. According to the information that has been received till now, it was around 10 at night when two youngsters riding on an Activa opened fire in the area mentioned.

The incident is at Aadar Level Salon when the customers were availing their services, 2 miscreants reached the salon and fired 2 bullets directly towards the salon, it was by god’s grace that the bullets fired by the accused only hit the glass of the salon while all the people present did not get harm. After committing the crime, both the miscreants fled from the scene.

The police were later informed about the same and they reached the spot in order to investigate the whole case. CCTV footage has been acquired by the police officials and a probe has been initiated. From the CCTV received, it can be seen that both the miscreants were riding a white Activa, also the bullets that were fired has also been recovered as evidence.

The statements of all the witnesses have also been taken and the bullets recovered have already been sent for forensic examination. The investigating officer has assured to find the culprits as soon as possible.