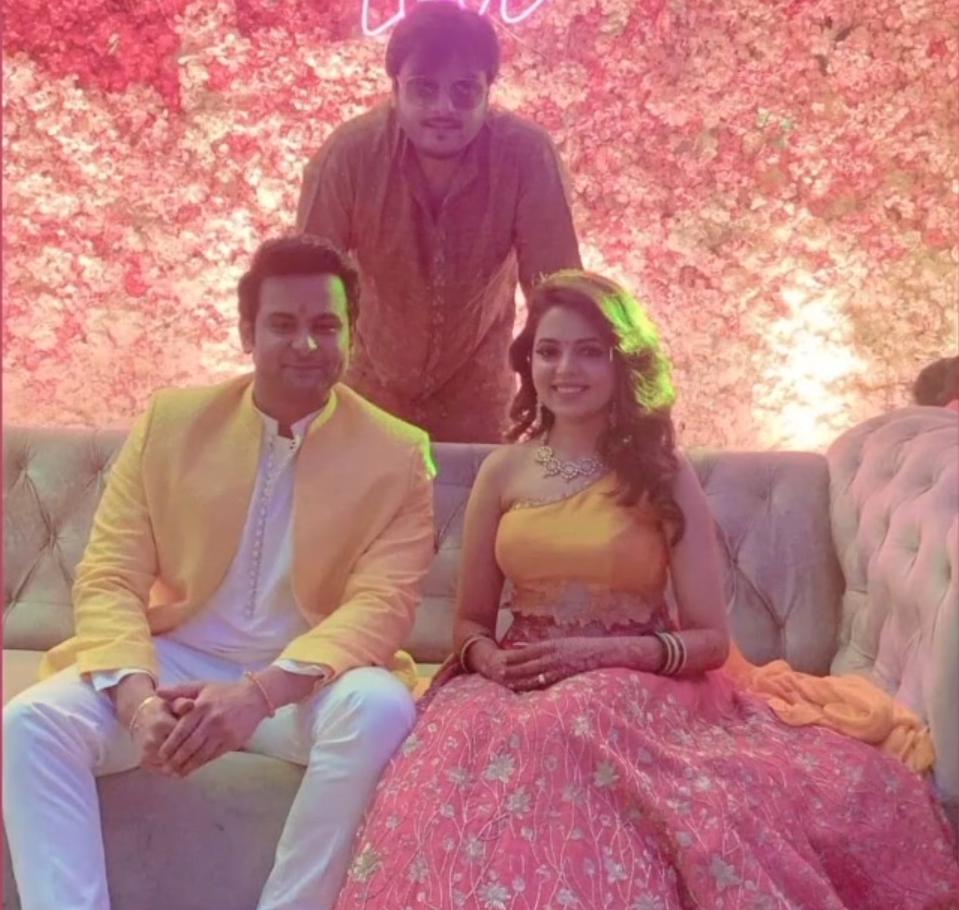 Popular for the mimicry comedian and singer Sugandha Mishra and Sanjay Dutt, Dr. Sanket Bhosle got married on Monday in Jalandhar, Punjab. The first photo from their wedding is going viral on social media, which was shared by their friend Preeti Simos. While sharing the photo, Preeti has congratulated Sugandha and Sanket. According to the reports, all the guidelines of covid-19 were followed during the marriage. During this time, guests were required to undergo an antigen test before entry into the venue. 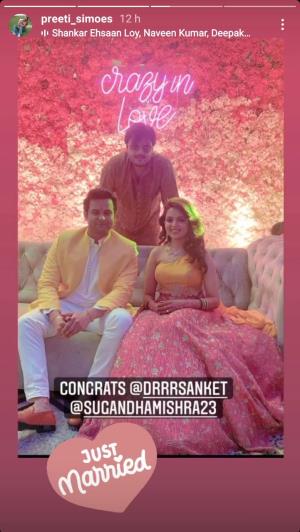 Recently in an interview, Sugandha revealed that she did most of her wedding shopping online. She said, "You wouldn't believe that I started preparing for my wedding attire in December last year. I am very particular about my wedding dress. Because it doesn't matter to me whether the wedding will be in the presence of 20 people or 100. I have always wanted to wear a 10-kilo lehenga at my wedding. I can get married online too, but I will definitely wear the lehenga. "

Dr. Sanket Bhosle is a doctor by profession and also a comedian. He can be seen mimicking Sanjay Dutt in The Kapil Sharma Show. He said in a conversation with Dainik Bhaskar, "Since childhood, I had a fondness for mimicry. People used to buy new clothes in Diwali - Holi and I used to wear 'Hum Aapke Hain Kaun' dress, 'Khalnayak' dress. Sanket further added, "My parents liked my actions. But studying is also very important in life. So my father said, first study, then do whatever you want. So I did MBBS and then specialized in dermatology and now I’m a dermatologist and a comedian".

The wedding festivities began on Saturday evening with mehndi ceremony in Sugandha’s residence.