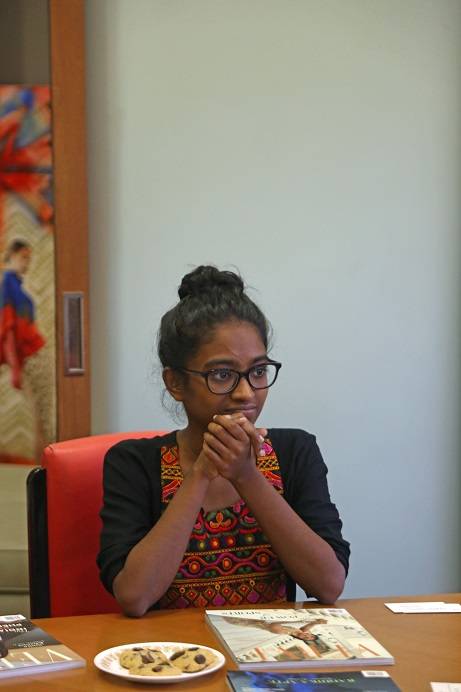 Shweta Khatti is amongst those unfortunate kids who have not had a respectable childhood. Born and brought up in Mumbai’s famous brothel, Shweta as a child was exposed to the bitter reality of child abuse and confinement of women.

But as she was growing up, Shweta began understanding the unfavourable environment she and her mother were forced to live in. She could feel and sense but was confused, emotionally disturbed, scared and traumatized as well. The only thing she knew was her mother’s constant encouragement towards education. Her mom kept saying to her that education is the only thing that could change their life for the better. Shweta’s mother always protected and loved her. Obeying her Mother she continued to put in a lot of hard work into doing well at school. 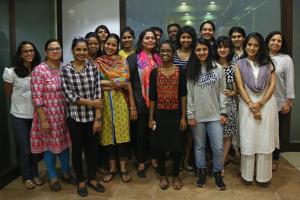 Securing 71% in her class 10 exams, Shweta’s mother was proud of her. Although, scoring well she was still low on her self-esteem and remained insecure about her future. Even her father told her that she was not good enough and that she was dark and ugly. But her mother never gave up on her. Shweta gathered all courage and applied for SNDT and got herself in class 11. Shweta was confident that her mom would do anything to pay her fees so that she could continue her education. Shweta always refrained from speaking about her family and her background and she only knew one thing that is - study. Shweta excelled at her college as well.

Shweta had a desire to help women and children like her mother and herself. At the age of 16, in 2012, she joined Kranti, an NGO that empowers girls from Mumbai’s red-light areas to become agents of social change. Kranti helped Shweta to heal mentally and extended emotional support, with regular counselling, that would help her understand her capabilities and abilities and overcome all her fear and self-doubts.

With the support of Kranti, Shweta travelled to Nepal, interacted with sex workers and children, motivated and encouraged them and slowly started feeling confident and truly empowered. Also, she improved on speaking in English which she always wanted to.

Due to her hard work towards improving marginalised girls life, Shweta was included in Newsweek’s 25-Under-25 Women to Watch list in 2013. She also received a full scholarship from Bard College, in New York, becoming the first girl from an Indian red-light area to study abroad.

Also Read: #FirstStoryPositive: Meet the man who is on 3000km cycling expedition to promote mother tongue

In 2014, Shweta received several awards, including the UN Youth Courage Award. She studied for two years at Bard and also won a full scholarship to Semester at Sea in 2015.

Shweta has proved that dreams do come true, despite all the hurdles and odds in life. She knew from the beginning that she could make a difference in people’s lives. The battles and societal demons she has gone through since her childhood, has not only given her the strength to endure harsh realities of life but has also made her a beautiful human who strives to bring a good change in people’s life.