This year, India has sent its biggest contingent of 54 para-athletes, which would participate in nine sports events.

Recently, Tokyo Olympic Games 2020 concluded and this time the Indian contingent has scripted history. Now India’s para-athletes are ready to record their names with golden words. Since the debut of the Paralympics in 1968, India has given legendary para-athletes.

This year India has sent its biggest contingent of 54 para-athletes (40 men and 14 women), which would participate in nine sports events on the Tokyo Paralympic Games 2020, which started on August 24, 2021.

These athletes have fought against social judgments as well as infrastructural paucity. They have found their path and have overcome all odds and social hindrances.

Also Read: Paralympic TT: ‘Nothing is impossible if you try hard’, says Bhavina after beating China in semifinals

Here, meet five para-athletes who have fought against all social odds and have made the nation proud: 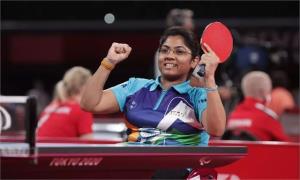 On Day 4 (Saturday) Bhavina became the first Indian table tennis player to reach the final at the Paralympic Games. After beating China's Zhang Miao in the semifinals of the women's singles Class 4 section at the Paralympic Games in Tokyo, Bhavina said, “But I have always believed that nothing is impossible if you give it your best shot. And today I did it.” 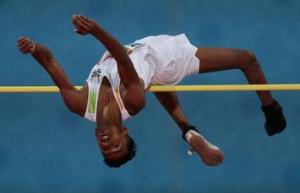 Mariyappan qualified for the Paralympic Games with a third-place finish at the 2019 World Para Athletics Championships. In Rio Paralympics 2016, Mariyappan made the nation proud in the high jump event, with his mighty 1.89 m jump. He is one of just three Paralympians in the country to have won a gold medal.

Mariyappan has been rewarded with Arjuna Award and Padma Shri Award in 2017 and recently he got Khel Ratna Award. 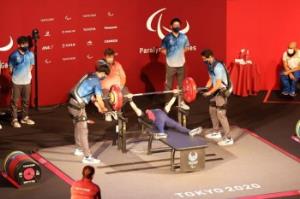 Sakina has become India’s first female powerlifter to qualify for the Paralympics and she is also the only Indian woman para-athlete to ever win a medal at the 2014 Commonwealth Games. Throughout her life she had to deal with taunts like “Tu khud ko uthale, wahi bohot hai (It would be better if you’ll lift yourself up and that is enough)”. Her fate was changed after a meeting with powerlifter Farman Basha.

She practised, trained herself and went on to win a silver medal at the Para Powerlifting World Cup. 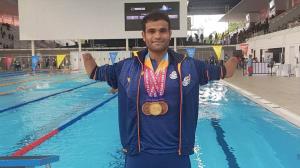 Swimming is inherited in Suyash from his father, who was a state-level swimmer. Suyash was introduced to sports at the age of 3, but in 2004 he was electrocuted and lost his both hands. After the accident, he was trolled and he replied to the trollers by becoming the first swimmer to represent India at Tokyo Paralympics. 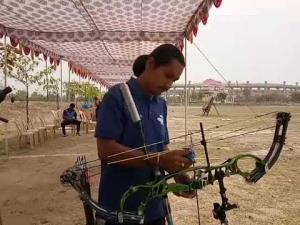 Swami was born with some deficiency in his legs but he trained himself and now he is representing India in Archery in Tokyo Paralympic Games 2020. Swami has won silver at the Fazza Para Archery World Ranking Championships in February 2021 and has competed in the 2018 Asian Para Games as well as the World Championships in 2017 and 2019.