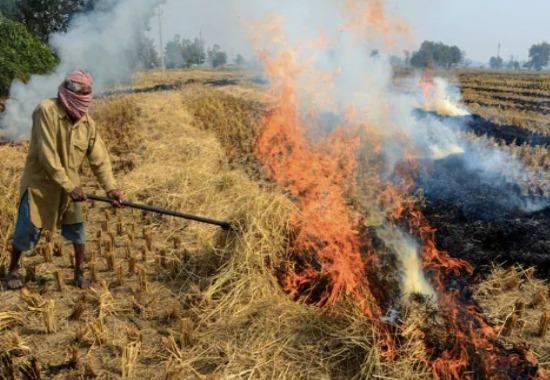 Stubble Burning is one of the most spoken about problems in Punjab. This issue is the root level of increasing pollution and deteriorating Air Quality Index of the state. This year, according to the Punjab Remote Sensing Center Ludhiana, the state has recorded highest number of stubble burning cases from past two years. While government is trying its level best to solve the problem, it is still increasing as farmers complain that they have no other alternative. But what if it is told to you that stubble which is waste for farmers can act as a source of income to them.

Something like this is taking place in Bir Village of Nakodar, where a plant has been set up which produces electricity from stubble. As per the information, farmers of all nearby villages go here and sell their stubble. On one hand farmers are happy for getting the money while on other side, government is able to get electricity through it and side by side problem of stubble burning is also getting solved.

Reportedly, the plant manager Amandeep Singh said that this setup is there in village since the year 2013 where they purchase stubble from farmers, generate electricity from it which is directly sent to PSPCL. The only problem is that many farmers are not aware of the same because of which they think burning straw is the only alternative left for them. Manager further revealed that on daily basis, he receives 1000 to 12,000 tonnes of stubble and farmer is paid Rs. 1670 per ton. After this, the stubble is placed in the machine which is then burnt in the boiler and the steam formed from it goes directly to turbine which results in electricity generation. Also, the great fact is that smoke coming out of machine passes through a filter and produces minimum pollution.

This process is the best alternative to stubble burning set up by the government. The only need is that farmers all over the state should be made aware of the same, also more such plants should be set up in every state so that there is no problem of traveling due to which farmers turn back to traditional method of burning stubble.