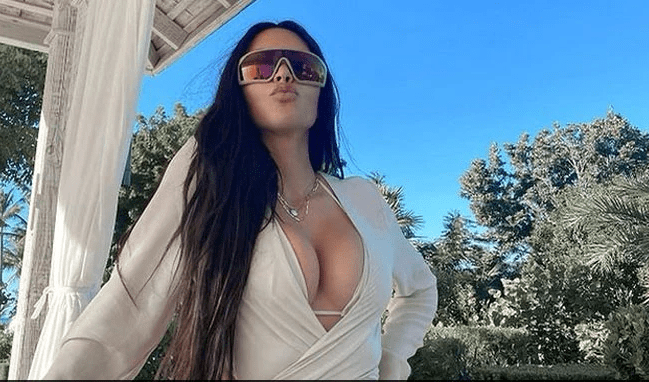 She is now one of the world's 2,755 billionaires, according to Forbes.

With a net worth of $177 billion, Amazon founder Jeff Bezos is the richest person on the planet.
Kanye West, Kim Kardashian West's estranged husband, is also on the list ($1.8 billion), but Forbes excluded her half-sister, Kylie Jenner, from the list last May. Her family was convicted of increasing the worth of her cosmetics business, according to the magazine.

How she made it?

According to Forbes, the 40-year-net old's worth has increased to $1 billion from $780 million in October, owing to her investments in the KKW Beauty cosmetics company and the Skims shapewear company.

KKW Beauty debuted in 2017 and Skims debuted two years later, after the brand's original name, Kimono, was scrapped due to cultural appropriation allegations.

Skims, her most recent company, sells underwear and loungewear in the founder's signature minimalist style, and has become a hit in the work-from-home era.

She rose to fame in 2007 as the star of the E! Television reality show Keeping Up with the Kardashians, which centred on her family, and she has remained immensely famous ever since.

Kim is the proud owner of three luxurious homes in Calabasas, northwest of Los Angeles, in addition to her lucrative business interests. The beauty entrepreneur has also made investments in Disney, Amazon, Netflix, and Adidas.

After almost seven years of marriage and four children, she officially filed for divorce from rapper Kanye West in February.