A moderate consumption of black, green or Oolong (traditional Chinese drink) tea is linked to a lower risk of developing type 2 diabetes, a study involving over a million adults from eight countries has revealed. Author : Rakesh Behal 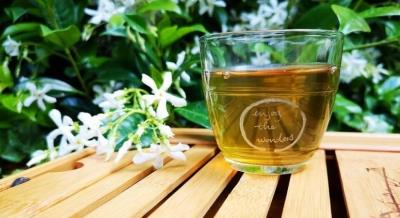 A moderate consumption of black, green or Oolong (traditional Chinese drink) tea is linked to a lower risk of developing type 2 diabetes, a study involving over a million adults from eight countries has revealed.

The findings suggest that drinking at least four cups of tea a day is associated with a 17 per cent lower risk of diabetes over an average period of 10 years.

"Our results are exciting because they suggest that people can do something as simple as drinking four cups of tea a day to potentially lessen their risk of developing type 2 diabetes", said lead author Xiaying Li from Wuhan University of Science and Technology in China.

The study, to be presented at the European Association for the Study of Diabetes (EASD) annual meeting in Sweden next week, scanned 19 cohort studies.

While it's long been known that regularly drinking tea may be beneficial for health because of the various antioxidant, anti-inflammatory and anti-carcinogenic compounds tea contains, less clear has been the relationship between tea drinking and the risk of diabetes.

Overall, the new meta-analysis found a linear association between tea drinking and diabetes risk, with each cup of tea consumed per day reducing the risk of developing diabetes by around 1 per cent, said the study published in peer-reviewed journal Diabetologia.

When compared with adults who didn't drink tea, those who drank 1-3 cups daily lowered their risk of diabetes by 4 per cent, while those who consumed at least 4 cups every day reduced their risk by 17 per cent.

The associations were observed regardless of the type of tea participants drank, whether they were male or female, or where they lived, suggesting that it may be the amount of tea consumed, rather than any other factor, that plays a major role.

"While more research needs to be done to determine the exact dosage and mechanisms behind these observations, our findings suggest that drinking tea is beneficial in reducing the risk of type 2 diabetes, but only at high doses (at least 4 cups a day)", said Li.

It is possible that particular components in tea, such as polyphenols, may reduce blood glucose levels, but a sufficient amount of these bioactive compounds may be needed to be effective.

Despite the important findings, the authors noted that the study is observational and cannot prove that drinking tea reduces the risk of diabetes, but suggests that it is likely to contribute.