As per sources, the four labourers saw the snake escaping from a haystack in a farm where they were working on March 5 and ran behind it. 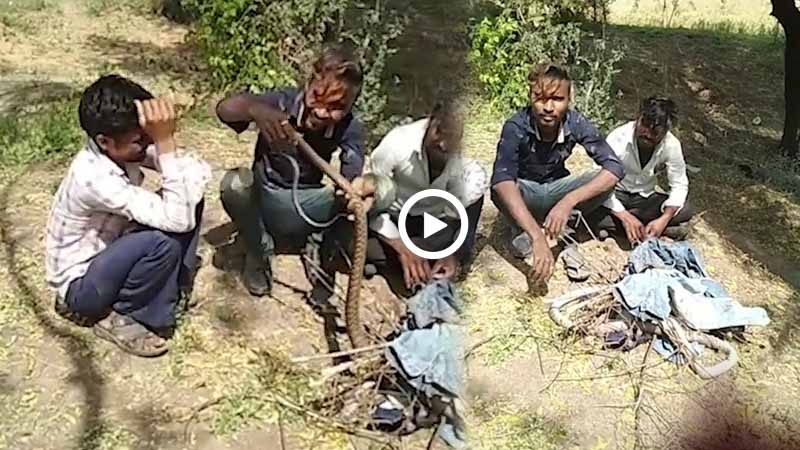 Four men who are farm labours by profession from Mahisagar district were arrested on Sunday for killing a rat snake and then making a TikTok video of their act. Forest officials arrested Jagdish Vaghela, Pravin Vaghela, Bharatsinh Vaghela and Vikram Vaghela under different sections of Wildlife Protection Act as the rat snake is a schedule II reptile specie.

As per sources, the four labourers saw the snake escaping from a haystack in a farm where they were working on March 5 and ran behind it. They caught hold of it and then started playing with it. As per forest officer Daud Kokani, "They hit the snake with a wooden stick and stones which ultimately killed the reptile."

“They were not aware that killing a snake is a crime. They just wanted to have fun so they hit the snake for the videos,” Kokani said. On Sunday when they were asked why they had burnt the snake’s remains, they told foresters that they wanted to perform snake’s final rites. All four accused were sent to judicial custody on Sunday evening.