French President Emmanuel Macron clinched another five-year term in the Elysee Palace, becoming the third politician to achieve this feat. His victory also bought sighs of relief, from Brussels to Washington. Macron beat out far-right nationalist Marine Le Pen in the presidential elections, a contest that risked shattering the Western alliance against Russia, and jeopardising the very survival of the European Union (EU). 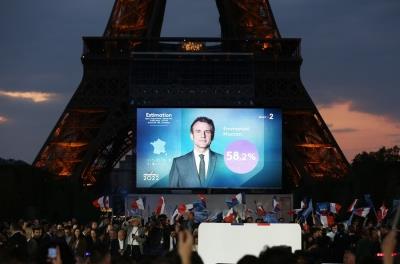