French hunter attacked by fleeing deer. Gets 50 stitches on face

Interacting with the local media Vincent said that he felt 'drunk' after the impact, adding: 'It actually took half my face off.' 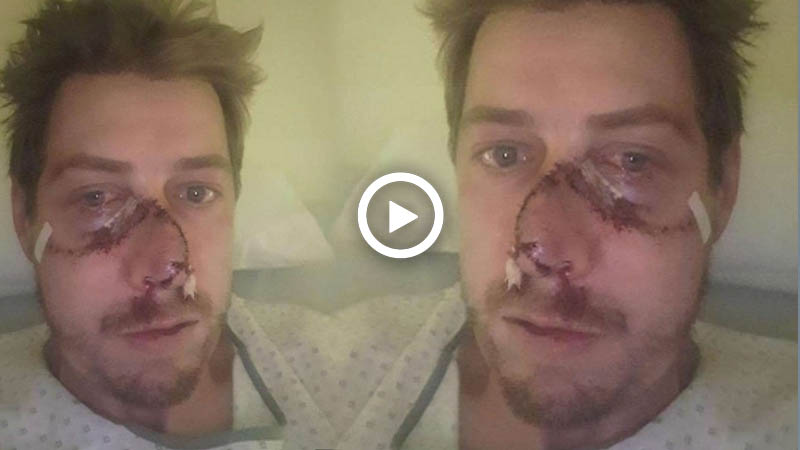 Karma always hits you hard, the saying seems true in the case of a French hunter named Vincent Saubion. Vincent was attacked by the same deer he was trying to hunt in the forest. As per reports, he was attacked so badly that he got 50 stitches on his face. The hunter had to be airlifted to hospital for surgery when a deer fleeing from his crosshairs ran into him during a hunting expedition in Lesperon, France.

Interacting with the local media Vincent said that he felt 'drunk' after the impact, adding: 'It actually took half my face off.' He still wanted to continue hunting after the accident but a firefighter who was part of Saubion's hunting party was able to give first aid.