The whole incident has got captured on CCTV which reveals that almost 13 days back, the same people were doing the recce of the showroom as well. 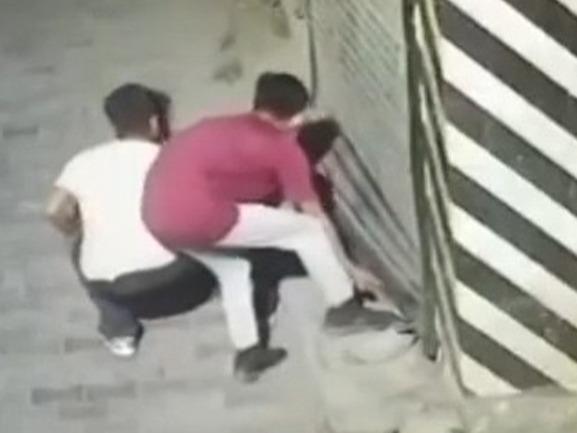 The crime rate in Punjab doesn’t seem to be decreasing. Now and then, we get to hear news related to crime. The Ludhiana district of Punjab seems to have no end to cases related to the robbery. Recently a new incident has been surging up from the district and a video has also surfaced along with it. It has come to information that a robbery has been carried out by a gang in the showroom whose recce was done by them around 15 days back. It is very weird as somewhere mobile showrooms are being targeted while some are looting the clothing shops.

Reportedly, there are around 3-5 members who seemed to be involved in the Nepali gang and for the time being, it’s active on Raho Road. The modus operandi of this gang is to first carry out a full recce of the place, then wait for the right time, and then carry out the crime.

This time also the gang tried to adopt the same strategy but failed to achieve what they had come for. It was around 2:30 pm in the night when the gang arrived at the showroom named Rock Star situated in Subhash Nagar. They tried to do the robbery, but the noise made by them disturbed the neighbor’s sleep who then came to the terrace to check and started calling out for help. In the fright of getting caught, the miscreants fled from the scene.

The owner of the showroom, Gaurav Verma told, “I closed the showroom and went home. As I have the CCTVs installed in the shop and often keep on watching them, I saw that three people came in and tried to break the shutter. It was just by god’s grace that I got saved from being looted.”

The whole incident has got captured on CCTV which reveals that almost 13 days back, the same people were doing the recce of the showroom as well. The complaint regarding the same has been registered to the police of Chowki Subhash Nagar.

Balwinder Singh, who is investigating this case has said that the thieves are being identified based on CCTV footage.