Paytm, which began as a platform for mobile recharging a decade ago, grew quickly after India banned high-value currency banknotes in 2016, boosting digital payments. 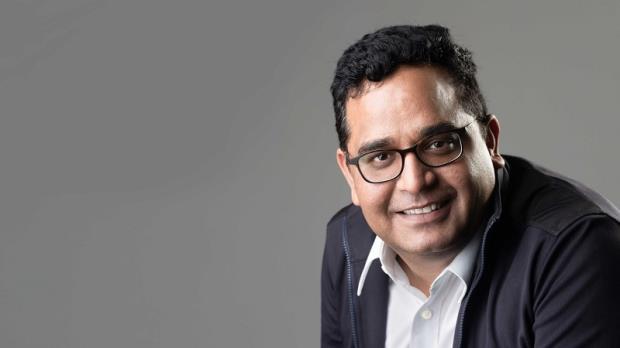 As a large number of investors go crazy about Paytm’s IPO, here’s the story of the company’s CEO and managing director Vijay Shekhar Sharma.

Many incredible stories have emerged from India's tech sector. The expansion of many multinational corporations has increased the ecosystem's worth and value as a place where everyone can shine and rise. Among these Paytm is one of the most profitable and rapidly growing companies in India.

Mr Vijay Shekhar Sharma, a visionary alumnus of Delhi College of Engineering (now DTU), founded the company in the year 2010.

Vijay came from a small town in Uttar Pradesh and changed the system with sheer determination and passion.

He has witnessed the hardships that the country's backward section faces.

Vijay was one of only two people from his village to pursue an engineering degree. Vijay graduated from the prestigious Delhi Institute of Technology with a bachelor's degree in engineering. According to Vijay, students who attended a Hindi-Medium school faced numerous challenges.

A child reading in a Hindi-medium school in the 1990s had very limited access to books and coaching. As a result, Vijay realised he was on his own in his quest for success. Facing many problems because of not knowing English, Vijay trained himself in the language.

Vijay's life changed when he went to the market on a Sunday and picked up a Forbes magazine. He learned about the success stories of mega-brands such as Apple, Intel, and HP, and how they grew to become some of the most well-known names in the startup world. Each of the businesses had one thing in common: they were all built from basement garages.

Vijay then aimed at Silicon Valley. That, however, was never possible due to a lack of funds and resources. But he did not give up and dreamt to create one in India.

In 2010, Vijay founded Paytm. The company is widely regarded as India's pioneer of the cashback business model, has established itself as the undisputed leader in the fields of mobile payments, e-wallets, and e-commerce and many others.

Following the unexpected demonetization decision by Prime Minister Mr Narendra Modi, the company rose to prominence quickly. People were enticed to use Paytm because of the lack of access to cash. Now, Paytm has become one of the most important sources of revenue for the economy.

2010: Launched as a website that offered a prepaid online mobile recharge facility.

2015: Paytm attracted many big investors like well-renowned Indian industrialist Ratan Tata. He invested in Paytm in March 2015. Alibaba group of China also made an investment of $575 million in Paytm. Ant Financial Services Group bought 25% stakes in One97 in the same month.

2016: Paytm borrowed $300 million in working capital from ICICI Bank in March 2016 to expand its business.

Paytm's growth boomed after the Indian government announced the demonetization of the 1000 and 500 rupee currency notes.

2019: Paytm had more than 450 million registered users and 130 million active users as of July 2019, according to reports, making it India's largest mobile payment service platform.