From taking dig at Pak to talking about reforms in India: Top 10 highlights of PM Speech at UN

I am representing the country which is known as the ‘Mother of Democracy,’ says PM Modi at UNGA. 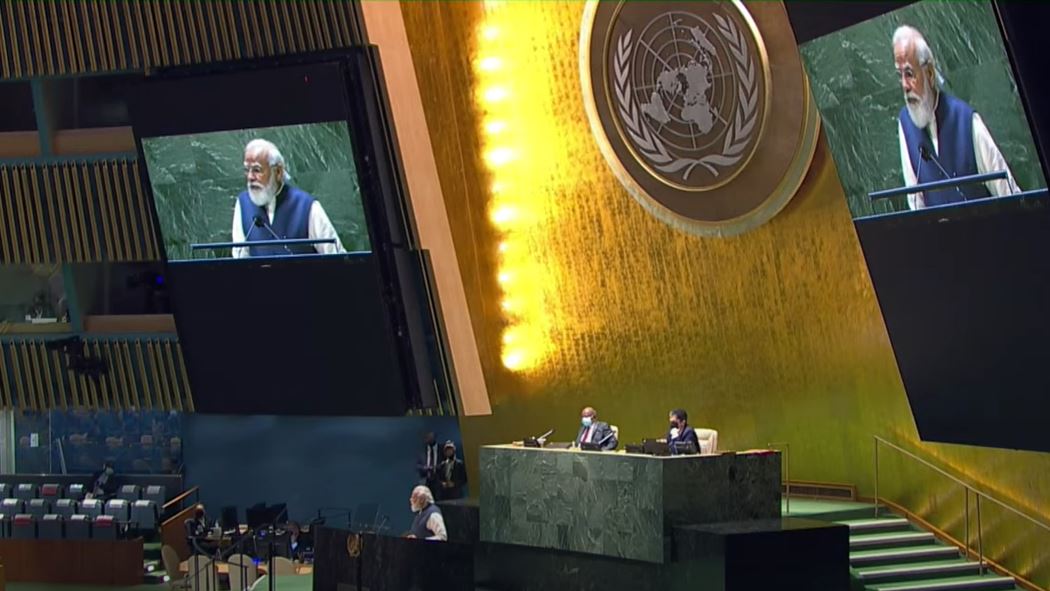 Firstly, he congratulated the newly elected President of UNGA, Abdulla Shahid, who was elected on September 14, 2021. He then paid tribute to the people who lost their lives because of the global pandemic Covid-19.

PM Modi said, “In the last 1.5 years, the entire world has been facing the worst pandemic in 100 years, I pay tribute to all those who have lost their lives in this deadly pandemic and I express my condolences to their families.”

He further said that he is representing a country which is known as the ‘Mother of Democracy’. “On 15 August this year, India entered the 75th year of independence. Our diversity is the identity of our strong democracy. It is a country that has dozen of languages and hundreds of dialects,” said PM Modi at UNGA.