“As we have shown in study after study, vaccination works,” said the CDC director on Friday. 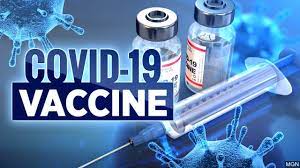 The data has been revealed by one of the three studies conducted by the Centres for Disease Control and Prevention. During the study, the efficacy of the Covid-19 vaccines was also checked, and it was found that Moderna’s Covid-19 vaccine has offered quite higher protection from the domination Delta variant.

The efficacy of vaccines against hospitalization was highest for Moderna’s vaccine at 95 percent; then Pfizer at 80 percent; and finally Johnson & Johnson at 60 percent.

Also Read: From ‘no jab, no job’ to penalties; here’s how nations are making Covid vaccines compulsory

During a press conference, CDC director Rochelle Walenksy said, “As proved in study after study, vaccination works and fights against SARS-CoV-2.”

The CDC and the Food and Drug Administration are assessing the need for booster shots, which are expected to be administrated to the elderly population first. These shots would be rolled out by the Biden government later this month.

This information has been revealed by the experts after the US president Joe Biden announced a new set of rules, which stated that the company (with more than 100 workers) has to ensure that its employees have taken both Covid-19 jabs and undergo weekly tests.