Police claimed to have identified two of the four assailants. The crime took place at Sector 71 of Mohali 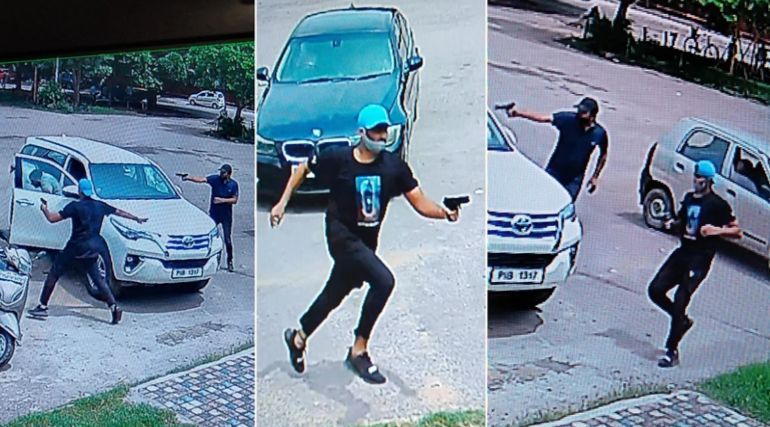 In a shocking revelation, it was found that Vicky Middukhera, a youth Akali Dal leader, was shot dead by gangster Gaurav Patial popularly known as ‘Lucky’.

Reportedly, at about 10.30 a.m. on August 7, 2021; four armed men fired around ten bullets at the young leader in the Mataur market before fleeing the scene.

The activist tried to escape the scene as two youths opened fire on him, but the attackers began firing more bullets.

The crime took place at Sector 71 of Mohali. Middukhera was taken to Sector 71's IVY hospital in a PCR van but was pronounced dead.

Satinder Singh, SSP Mohali rushed at the scene of the incident with a heavy police force, and all Mohali outlets have been closed. The police are investigating and have recovered empty shells from the spot. The footage from the area's CCTV cameras is being checked.

As per information, Vicky had left his home on SUV and went to meet his friend near a property consultant’s office in Mataur Market, and was gunned down few minutes later he reached there.

According to the police, it might be the result of a gang fight. Two out of four assailants have been identified by the Mohali Police. SSP Satinder Singh stated that his team is trying their best to bring the culprits behind the bars as soon as possible.

Who was Vicky Middukhera?

Vicky Midukhera was a SAD youth wing leader and four-year president of the Students Organization of India (SOI) at Panjab University.

SAD head Sukhbir Singh Badal had appointed him president of the SOI's Chandigarh unit after his tremendous appeal among the youth. He aggressively campaigned for the SAD in the state's Assembly and parliamentary elections

He had been married for two years and was friends with several Punjab and Haryana MLAs, as well as some Punjabi singers.