Gangster Goldy Brar Threatens Bambiha Gang: Writes FB Post - Don't jump on the bodies of others; will give surprise soon

The mastermind of the murder of Punjabi singer Sidhu Moosewala, Goldy Brar, has once more threatened the Bambiha group. Author : Samriti Bharadwaj 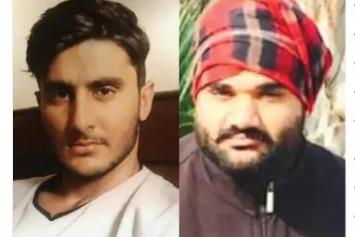 Punjab could see a major gang war. Gangsters are threatening each other through social media platforms. The mastermind of the murder of Punjabi singer Sidhu Moosewala, Goldy Brar, has once more threatened the Bambiha group.

Goldy wrote a post on Facebook, 'Don't jump on the dead bodies of the people. Don't take someone's murder on your head just for the sake of false applause. As far as giving surprises is concerned, let us tell you that we have given many surprises in the past and will continue to give surprises in the future also. Earlier there were governments, if they had listened to us, today we would not have had to take up arms. If we have taken up arms, we will also take our revenge ourselves.

Lawrence gang and Bambiha gang are constantly putting such posts against each other on social media. At the same time, gangster Goldy Brar is also telling the Bambiha gang will get a surprise. Two days prior, the Bambiha gang posted a message in which they claimed responsibility for the murder of Sandeep Bishnoi in Nagaur, Rajasthan. Now the next number will be of Goldy Brar, Lawrence Bishnoi and Jaggu Bhagwanpuria.

Already, the investigating agencies of the Central Government have given input to the Punjab Police that there is every possibility of a big gang war in Punjab. After this input, Punjab Police is also on high alert. Now in this way both the groups giving threats to each other can spoil the atmosphere of Punjab. The Lawrence gang and Bambiha could collide at any time. The primary planners of the Moosewala murder, Lawrence and Jaggu Bhagwanpuria, may come under attack from the Bambiha gang. The Bambiha gang has already said that they will kill Lawrence and Jaggu in police custody.

According to inputs from central intelligence agencies, the Bambiha gang may attack in the guise of court staff or lawyers. Shooters of the Bambiha gang can shoot Lawrence and Jaggu Bhagwanpuria by becoming staff members or a lawyer. Gaurav Yadav, the DGP for Punjab, has been urged to take the necessary action.