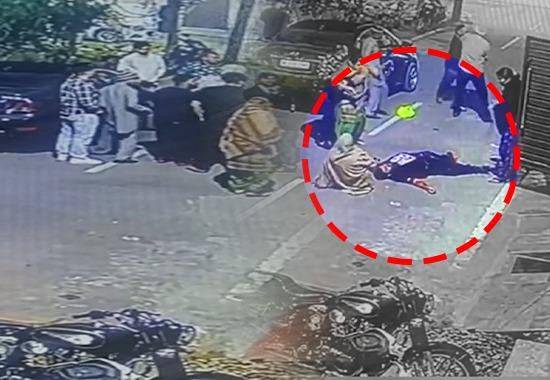 As per information, along with Sonu, Gurmeet Aulakh also fired at his cousin and mother, both of them suffered serious injuries whereas Sonu was immediately taken to hospital but during treatment, he lost his life. Deceased was a close aide of gangster Lawrence Bishnoi. ACP Nirmal Singh stated that Gurmeet Singh is in custody. A case of murder is registered against accused and Sonu’s body has been sent for post-mortem.

Reportedly, SHO Ramamandi Police Station at night received a call that Bouncer Sonu has been shot dead while two other people also became victim of firing. Soon after this, Sonu along with woman was admitted to hospital where Sonu died during treatment. Post this, ACP Nirmal Singh along with the team reached the spot and initiated investigation.

Baljinder Singh, who was also shot during incident revealed that Sonu had come to meet his brother and while they were standing outside, accused came on bike and shot a bullet at the deceased.

Sonu came to limelight when on September 22, 2019, he shot a Panchayat officer’s son at Hangout Pub situated in Viva Collage Mall. Sonu was out on a bail and had a court appearance scheduled on Tuesday because of which he had come to Jalandhar.